Twenty20 cricket has changed the sport tremendously over the years 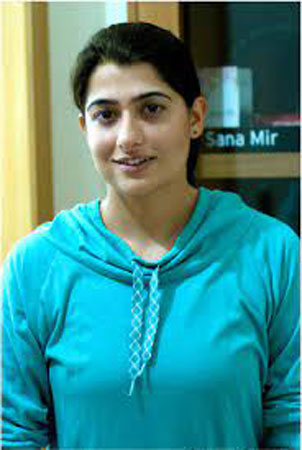 In recent years, we have been lucky to see some amazing cricket at ICC competitions and so I cannot wait to see what comes next in the ICC Men’s T20 World Cup 2021. The last big event that I witnessed was a blockbuster and it was the ICC Women’s T20 World Cup Final in Australia last year. It is one of my most favourite days in cricket because it was such a celebration. There were a record 86,174 people at the MCG, Katy Perry played live, the two teams in the final — India and Australia — were given a guard of honour when they took to the field and we even met tennis legend Billie Jean King.

Just a few months before that, I was at Lord’s for the 2019 ICC Men’s Cricket World Cup Final between England and New Zealand, one of the best cricket matches ever. They were both experiences of a lifetime. Much has happened between then and now, and so I think the whole cricket world is looking forward to the Men’s T20 World Cup. People will be glued to it around the world, as the best players put on their country’s colours again and compete. T20 cricket is so unpredictable and it is almost impossible to pick a winner, especially with squads changing all the time.

But with the conditions in mind, it is hard to look past Pakistan. They know UAE so well of course and became one of the best teams in the world while playing there, so I’m not just following my heart in predicting a good tournament for them. My head says the same thing. I like the look of England and the West Indies, while India and New Zealand will always be dangerous too and that’s the beauty of T20 cricket — it’s so open.

It’s a format that has changed the game and especially the women’s game. In Pakistan, women’s cricket is very different from what it was before. Firstly, it has given us an opportunity to play a different brand of cricket. When I started with Pakistan, we were such a young and inexperienced squad and learning to construct a 50-over game was not easy for us at the international level. But T20 changed that, it helped us to be more attacking. The other key has been the T20 World Cup — both the men’s and women’s. At first, the women’s event was held in the same country and at the same time as the men’s. That helped to grow an audience and fans started to understand what we could offer to the game.

Before that we didn’t get as much airtime and so the staging of the events together and then having the confidence to separate them in 2018 and have different host nations in different years was so big. In just seven short years, the growth of women’s cricket was immeasurable and a lot of that was down to T20 cricket and the World Cup. Generally, I think T20 cricket has benefited the other two formats and you see in Test cricket especially how confident batters are to display their skills. They can change the course of a Test in one session using shots that didn’t exist 20 years ago. As a cricket lover, Test cricket is still the pinnacle for me but T20 is the format everyone wants to watch and play, there’s no denying that. It’s such a creative format. T20 cricket is changing how cricket is played — and it is exciting to see.