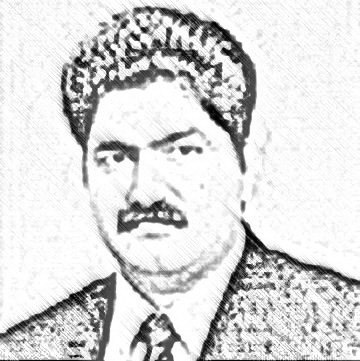 Pakistan Atomic Energy Commission (PAEC) made the nation proud by winning honours at the highest conceivable level in the international arena. Its meritorious contribution in the field of science and technology was given due recognition at the 65th General Conference of the International Atomic Energy Agency (IAEA). PAEC Chairman Muhammad Naeem held his head high as he addressed participants from around the world; highlighting the details of Pakistan’s contribution in the field of nuclear technologies for socio-economic development.

Representing Pakistan in the capacity of the top-notch scientific organisation, PAEC managed to win three awards at this elite forum. The awards received by a team of PAEC scientists led by the Chairman included the “Outstanding Achievement Award,” which was won by Nuclear Institute for Agriculture and Biology (NIAB) Faisalabad, a leading agriculture centre of PAEC; “Cotton Mutation Breeding Team Award” bagged by a team of scientists from Pakistan Atomic Energy Commission and the “Young Scientist Award” which was decorated upon a brilliant budding scientist, Muhammad Kashif Riaz Khan from NIAB, PAEC. These awards were given by the Director-General of the IAEA, Rafael Mariano Grossi, during a ceremony held in Vienna.

On this occasion, DG IAEA said, “What we like to honour is the elevation of the human mind and the spirit that puts science at the service of big problems. Which is what FAO does in Rome and we do here at the IAEA.”

NIAB, working in close cooperation with the IAEA and Food and Agriculture Organisation (FAO), has a long track record in crop improvement; having released 52 crop varieties in the last decade. The varieties are said to have improved food sustainability in Pakistan and led to positive economic impacts worth around the US $4.81 billion.

The back-to-back successes of the PAEC are proof of the indomitable commitment of the Commission’s management to promote science, technology and research.

Chairman Naeem said Pakistan strongly supported the Agency’s role in promoting the peaceful uses of nuclear science and technology with its motto “Atoms for Peace and Development.” He also said that Pakistan was forging ahead to expand the share of nuclear power in the national energy mix not only to meet its growing energy needs but also to mitigate the impact of climate change as nuclear power is a carbon-free and reliable source of energy. He recalled that Pakistan had achieved another milestone with the inauguration of its sixth and the largest nuclear power plant of 1100 megawatts, Karachi Nuclear Power Plant K-2. Another such power plant K-3 is expected to become operational in April 2022.

Reaffirming Pakistan’s commitment to running a safe and secure civilian nuclear programme, he said that Pakistan has placed all its nuclear power plants and research reactors under the IAEA Safeguards without exception. He said that nuclear applications are also being used in Pakistan in the areas of health, agriculture, industry and environmental protection, ranging from cancer treatment to developing climate change-resistant crops.

In another major diplomatic achievement at the global level, Pakistan was elected to the IAEA Board of Governors (BoG) for 2021-2023. “The 65th General Conference of the IAEA has elected Pakistan by acclamation to serve on the IAEA’s Board of Governors for the term 2021-2023,” Pakistan’s Permanent Envoy to IAEA, Ambassador Aftab Khokhar shared.

He said Pakistan’s election to the IAEA’s Board of Governors is recognition of the country’s contribution to the promotion of peaceful uses of nuclear technology safely and securely, as well as its commitment to the global objective of nuclear non-proliferation. Comprising 35 members, the IAEA Board of Governors is one of the two highest policy-making organs of the IAEA, along with the annual General Conference. The IAEA BoG considers membership applications, approves safeguards agreements and the publication of the IAEA’s safety standards.

The back-to-back successes of the PAEC at an international level are proof of the indomitable commitment of the Commission’s management to promote science, technology and research for the betterment of the society.

Chairman PAEC leads from the front in this ardent task. For this commitment and dedication, Muhammad Naeem has also won recognition at the national level. It is to mention here that Chairman PAEC, Muhammad Naeem has recently been conferred upon the prestigious civil award, Nishan-e-Imtiaz (NI), by the President Islamic Republic of Pakistan.

The conferment not only acknowledged Muhammad Naeem’s meritorious contribution for the projects of national interest and scientific and technical achievements during his long association with PAEC but also reflected the unmatched contribution of the Commission for the uplift of the country. Muhammad Naeem has already been awarded both ‘Hilal-e-Imtiaz’ (HI) and ‘Sitara-e-Imtiaz’ (SI).