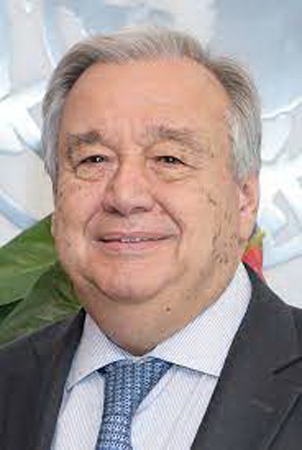 Almost two years into the Covid-19 crisis, a huge divergence in the recovery is undermining global trust and solidarity, according to a new policy brief on jobs and poverty eradication, outlined by UN chief Antonio Guterres.

The secretary general warned that the pandemic has not only confirmed but deepened existing inequalities. Investment in jobs, social protection and a just transition to a net-zero emissions future, particularly in low and middle-income countries, could prevent a further deepening of the inequalities.

“Global solidarity so far has been completely inadequate,” Guterres said. “A renewed social contract…should be central to the recovery”.

According to the policy brief, extreme poverty increased by between 119 and 224 million people between March and December 2020 – the first such increase in over 21 years. More than three-quarters of these ‘new poor’ are in middle-income countries. At the same time, the wealth of billionaires increased by over $ 3.9 trillion.

The report noted that because of the pandemic, there are an estimated 75 million fewer jobs in 2021 than there were before the crisis, and 23 million fewer projected in 2022. It also estimates that 8.8 percent of total working hours were lost in 2020 – equivalent to the hours worked in one year by 255 million full-time workers. This corresponds to a loss of $3.3 trillion in labour income before government support.

To achieve “a job-rich recovery” and a “just transition,” at least $982 billion are needed to respond to the immediate labour market shocks of the crisis, the report said.

The secretary general called for universal social protection by 2030, including universal health care, income protection, education and skills training, particularly for women and girls. The many ad hoc and temporary measures that have been implemented over the past year “provide a starting point” Guterres noted.

To achieve this there is a need to mobilise significant public and private investments – some $1.2 trillion to achieve universal social protection coverage for low and middle-income countries, he said.

Investments must also be ramped up to help achieve the Sustainable Development Goals (SDGs) and address the risks from climate change that could jeopardize 1.2 billion jobs, equivalent to 40 percent of the global labour force.

During the presentation, Guterres announced the creation of a new Global Accelerator on Jobs and Social Protection for a Just Transition, in collaboration with the International Labour Organisation (ILO). The aim of the Accelerator is to create at least 400 million jobs by 2030, primarily in the green and care economies, and extend social protection floors by 2025 to 50 percent of people currently not covered, he said.