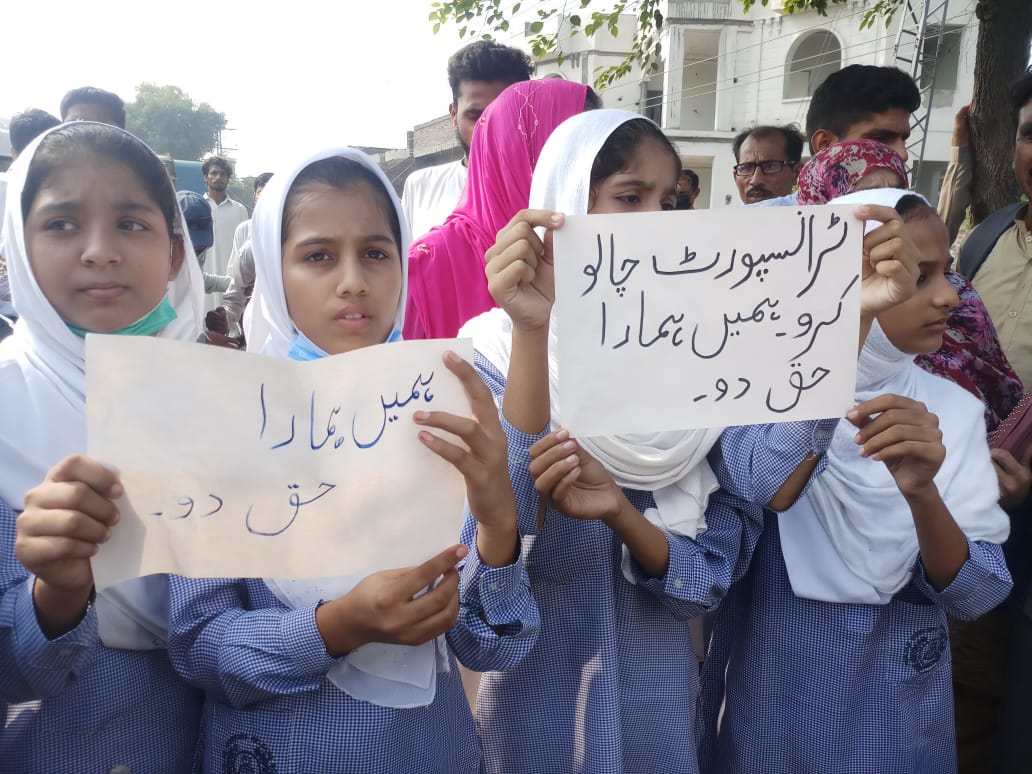 RANA TOWN/SHIEKUPURA: On Monday morning, parents and young students of Punjab Workers Welfare School staged a protest demonstration by setting up roadblocks against the government’s decision to end free transportation for the students.

“We will not bow before the authorities. It’s our right and we will take it,” one of the protesters told Daily Times. “All the protesters who are here belong to the poor or middle class and can’t afford personal transport,” he added.

In an age of neo-liberalism where prices are skyrocketing, such decisions are like dropping a bombshell on the poor parents who are already living from hand to mouth.

Thousands of students were availing free transportation for years.

Earlier, the authorities have decided to stop giving free uniforms and books to the students, claiming that they can’t afford it anymore.

When asked about it, a protestor said that it’s a black lie because they have stored uniforms in godown and parents have raided that room to verify it. We can provide videos of it as well, he added.

The protestor further maintained that the workers and staff monthly contribute for free uniforms and transportation. That’s why don’t mix the word ‘free’ with charity. 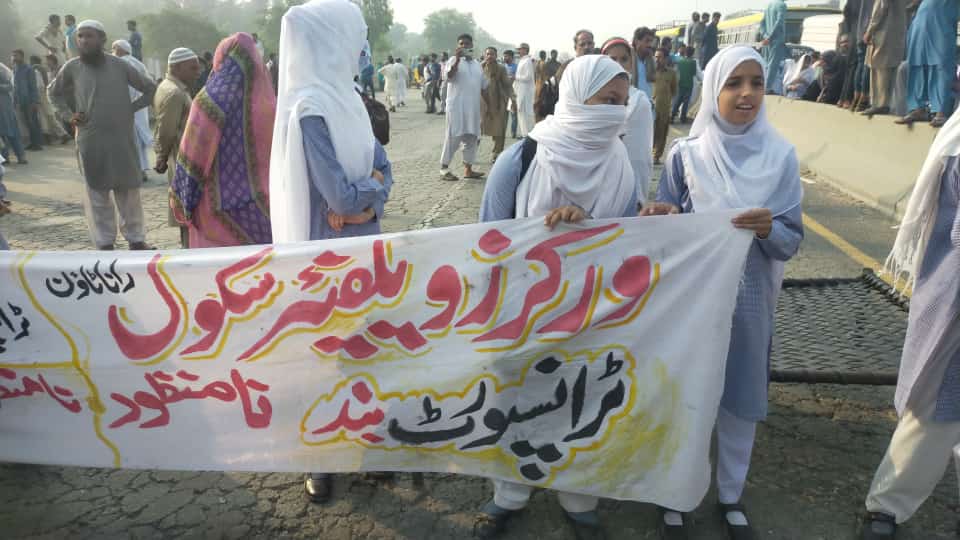 On the other hand, the school authorities have said that they can’t do anything in this regard because the decision has been taken by the government.

However, the protest has called off for the time being after DSP Imran Abbas reached the protest and asked the parents and union leaders for negotiation.