If Rousseff goes, will 47 million Brazilians lose their benefits?

Mother-of-six Ana Rita de Jesus is worried about the future of Brazil’s President Dilma Rousseff. She works in a women’s pottery co-operative in the secluded rural community of Itamatatiua, in the Northeast state of Maranhao. “I saw on television that they want to remove Dilma from power and end the Bolsa Familia programme,” she tells me. “If that happens, I might have to move to a bigger city, because there are no paying jobs here.” Bolsa Familia is the world’s largest cash-transfer programme. A total of 47 million Brazilians – almost a quarter of the population – receive money from it on a monthly basis. It was introduced in 2003 when the Workers’ Party came to power under the former president, Lula da Silva. Without it, Ana Rita de Jesus says she would be in extreme poverty, even with the wage she gets from her day job at the co-operative. Her monthly income hovers around 65 reais ($18; £12) and this depends on the how many pottery pieces the cooperative sells. But from Bolsa Familia, she gets 237 reais.

Proper houses: Her entire community of Itamatatiua has been transformed by the social programme. Up until the last decade, local life was marked by extreme poverty and subsistence. “After former President Lula de Silva came to power, our community got a lot better,” says local leader Neide de Jesus. “Back then, our money was not enough for us to buy things – we had just enough to eat. “Today people here have refrigerators, ovens, televisions. We started studying and having proper houses.” The hot topic in the pottery co-operative is the future of Bolsa Familia. Families who are below the poverty line, which in Brazil is 164 reais a month, get an average monthly income from the government of 176 reais. In return, mothers are expected to keep all their children in school with an attendance record of at least 85%, and with all vaccinations up to date. There are no requirements for childless families who fall below the poverty line.

Spending cuts: To tackle Brazil’s worst recession in over two decades, President Rousseff had been promoting deep cuts in government spending over the past year. Despite these, she went out of her way to protect Bolsa Familia and other social programmes. In fact, Ms Rousseff claims that some of the alleged fiscal crimes she is accused of in her impeachment process were procedures intended to protect social programmes from drastic spending cuts. Earlier this month she told crowds that Vice-President Michel Temer would remove 36 million people from the programme and “throw them into the free market, forcing the poor to fend for themselves”. One of her last moves was to raise the Bolsa Familia benefit by 9%, and to change the financial definition of poverty, to bring more people into the scheme. Ms Rousseff’s speech struck a chord with women in Itamatatiua and across Brazil. They fear that under Mr Temer’s rule their benefits might be cut. The pottery co-operative makes on average $225 (£155) a month, which is split between its 12 members.

Success and failure: But most women here do not make the bulk of their income from the co-operative. Keeping children in school is more lucrative than running a business or even getting a job, when they can find one. Itamatatiua is one of the 207 small communities in Alcantara, a very poor city in Maranhao state, that highlights the successes and failures of Bolsa Familia. The city has a Human Development Index (HDI) of 0.573, which means there is a low standard of living. Even so, it has improved its score by 40% over the course of the decade. The small communities now have roads connecting them to the city centre. Another social programme (Minha Casa, Minha Vida) implemented by the Workers’ Party built brick-and-mortar houses where mud and straw ones used to stand. But despite all improvements, the local economy has come to depend heavily on money that comes from the federal budget. In a city of 21,000 residents, a staggering 78% receive money from Bolsa Familia. On payment week, there are long queues outside the payment centre from the early hours until closing time. Courtesy – bbc News 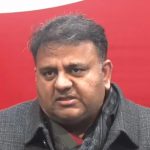 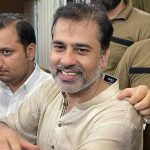