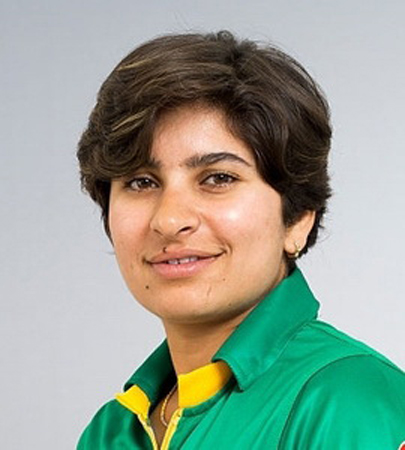 ISLAMABAD: The Pakistan Electronic Media Regulatory Authority (PEMRA) has imposed a fine of Rs200,000 on news channel Neo News for airing “insensitive, demeaning, derogatory and hateful” remarks by cricketer Abdul Razzaq and others against Pakistan women’s cricket team player Nida Dar during its programme ‘G Sarkar with Nauman Ijaz’. In a video clip from the programme broadcast on June 6, Razzaq was commenting on Dar’s appearance, strongly implying that the latter looked more like a man than a woman. The clip had caught the attention and ire of social media. Subsequently, renowned tennis player Aisamul Haq Qureshi had filed a complaint with PEMRA’s Council of Complaints through Barrister Khadija Siddiqi, seeking action against Neo News.

According to PEMRA’s order in the case, the complaint said the female host on the show also “degrades and shames the career adopted by female cricketers, expressly stating that female cricketers mostly leave cricket when they get married”. Following the submission of the complaint, the Council of Complaints observed that the comment on women leaving cricket after marriage was a “generalisation” that “leads to blatant discrimination against female gender”. Referring to comments by Razzaq, the council said that the cricketer was “implying a presupposed notion that cricket is a sport only meant for boys, who define the masculine nature of the sport”. The order also made a reference to the female host asking Dar whether a cricket player could sport long hair. “The female host is insinuating that short hair is too masculine and that women cricketers are somewhat an anomaly,” the council said. The council, however, concluded that the comments made against Dar were “insensitive, demeaning, derogatory and hateful”, and in violation of PEMRA laws.