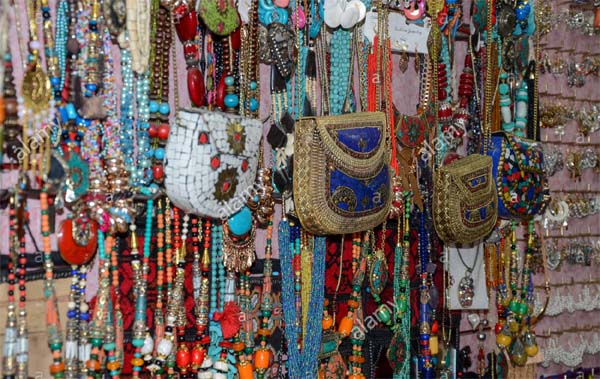 BEIJING: Localisation is a key to success for high-end Pakistani handicrafts such as a variety of mineral, marbles, wooden and leather products. “This design is specially made for the Chinese customers; they like it a lot,” noted Muhammad Kamil Khan, CEO of Pak Link Enterprises, while showcasing the high-end Pakistani handicrafts in the 18th China-ASEAN Expo (CAEXPO), adding that understanding China’s culture and traditions helps his products make its way into the Chinese market.

Muhammad Kamil said that Pakistan is one of the few countries in the world with a wide variety of minerals and marble. Of these precious marbles, the most famous and exclusive one is onyx. “Onyx is a very popular decorative stone that is used to create any number of indoor and outdoor carvings and shapes,” he told China Economic Net.

How to shine in a foreign market? Muhammad Kamil Khan, who has been in the industry since 2012, got his own key to success. “This is a business rule that if you want do business in this country, you have to learn about their culture, like what kind of things they like.”

For instance, “peach symbolises longevity in Chinese culture, so we made this onyx handicraft in the shape of peaches,” he pointed at a stunning onyx product. Also, in traditional Chinese culture, bamboo has profound cultural meanings beyond its biological existence. It represents the character of moral integrity, resistance, modesty, and loyalty. “I’m pretty sure bamboo will be less popular in other countries than in China. So, you need to figure out what they are in, and to localise and customise your products,” Muhammad Kamil further said.

He mentioned, when the situation was good, they were exporting to another country, too. “But now we focus on China because China is a big hub, and its purchasing power is of great potential here.”

The 18th CAEXPO, held in Nanning, capital of South China’s Guangxi Zhuang Autonomous Region, concluded with 179 international and domestic deals, involving over 300 billion yuan ($46.47 billion). The deal value, up 13.7 percent from last year, was the expo’s highest on record. Like the previous year, Pakistan was participating in the Expo as a special partner country.