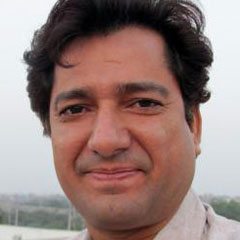 One social parallel that can be drawn between two dissimilar countries like India and Australia is rampant family violence in both the countries. As Australia is fighting the menace vigorously, India can learn a few lessons from it, giving some relief to its about 500 million strong female population, majority of which go through the humiliation of domestic violence, sometime or the other in their life.

An analysis by Australia’s National Research for Women’s Safety in 2012 revealed that one in five Australian women, aged over 15, experienced sexual violence, and one in three experienced physical violence from an intimate partner. Every year 80-100 women are killed in the country by their former or current partners. The number was 81 in 2014 as reported by ABC News on May 4, 2015).

The situation is worse in India as the scope of violence against women here is vast — from pre-birth to death. A 2013 United Nations in India Report “Masculinity, Son Preference and Intimate Partner Violence”, stated that 34 percent women (aged 18-39) experienced physical, emotional and sexual violence in their family in previous one year. India’s 2005-2006 National Family Health Survey-III, carried out in all states, found that nationwide 37.2 percent women experienced violence after marriage, and 63 percent of urban women suffered abuse, indicating in urban settings there was more domestic violence on women. Delhi government’s women helpline receives about 13,600 calls in a month, nearly 90 percent of which are reportedly of domestic violence — women who are unsafe in their own homes, according to a report in Hindustan Times, September 14, 2012.

In Australia, however, the debate and action on the issue of domestic violence intensified after an incident in February 2012. Luke Batty, an 11-year-old Melbourne boy, was killed at a cricket ground by his father who was separated from his former partner, Luke’s mother, Rossie Batty. The tragedy underlined a pervasive social problem in the country with which a large number of women identified, pouring support for Batty’s public campaign against domestic violence. The government also set up a Royal Commission on Domestic Violence in Victoria that made 217 recommendations in April 2016, including an awareness programme targeting children, and including it in school curriculum. Prime Minister Malcolm Turnbull called family violence a national problem committing 100 million dollars to fight it, while the premier of Victoria committed 500 million dollars in the current state budget to fund preventive and protective measures to combat domestic violence in the state, as per a report by ABC News on April 13, 2016.

In India, however, no such government seriousness and financial support is seen despite passing of prevention of domestic violence legislation in 2005. After six years, in 2012-2013 budget, government allocated 20 crore rupees for its implementation, but the money remained unspent because there was no programme of action. Since then there has been silence in government circles on the issue. In the 2015-2016 budgets also, there are no financial provisions for preventing domestic violence. On the contrary, the ministry of women and child development, a nodal agency for women-centric programmes, received 17,408 crores in the current budget over 17,352 crore last year — an increase of 0.32 per cent, while Indian economy grew by about seven percent during this period.

Apart from raising serious questions about women’s share in economic prosperity of the country, it also signifies government’s indifference to women protection and welfare in the country. Irrespective of which political party is in power, successive governments have been reluctant to increase spending on women empowerment programmes contrary to loud claims in international forums such as the Commission on the Status of Women in United Nations. It is a serious policy lapse as the protection of women at home has an enormous economic implication for society.

A report of Copenhagen consensus on conflict and violent assessment in 2014 estimated that domestic violence costs the world eight trillion dollars annually. Given India’s approximate three percent contribution in the world economy it translates into whopping 240 billion dollars per annum. Even a little reduction in domestic violence in the country therefore has a rich economic dividend, and an adequate investment in this area makes a sound economic sense.

Socially, domestic violence is a ‘standalone’ problem, which Batty, the Australian of the year in 2015, called ‘terrorism in family’. It requires to be confronted and prevented in real time to break the cycle. It is reported that children who witness domestic violence are more likely to perpetrate or accept family violence when they are adults, as per the 2012 UN Report on Gender, thus perpetuating control, patriarchy and disrespect for women in a family. To break this chain there is a need of creating awareness programmes and institutional structure for which a liberal funding is urgently required.

Australia, as an economically developed country has recognised that material prosperity is no guarantee to a civilised and happy life if socially the family remains a violent and barbaric unit. Australia has realised that domestic violence is a deep social problem that requires to be fought legally and socially, matching words with financial commitments. India should follow also follow Australia’s example by heavily investing in women protection and development measures. Sooner it does, earlier it will reap the fruits of modernity that it aspires.

The writer is a Melbourne based human rights researcher and author. Formerly, he taught political science in Delhi University, and was the national general secretary of People’s Union for Civil Liberties. He can be reached on Twitter @pushkarraaj