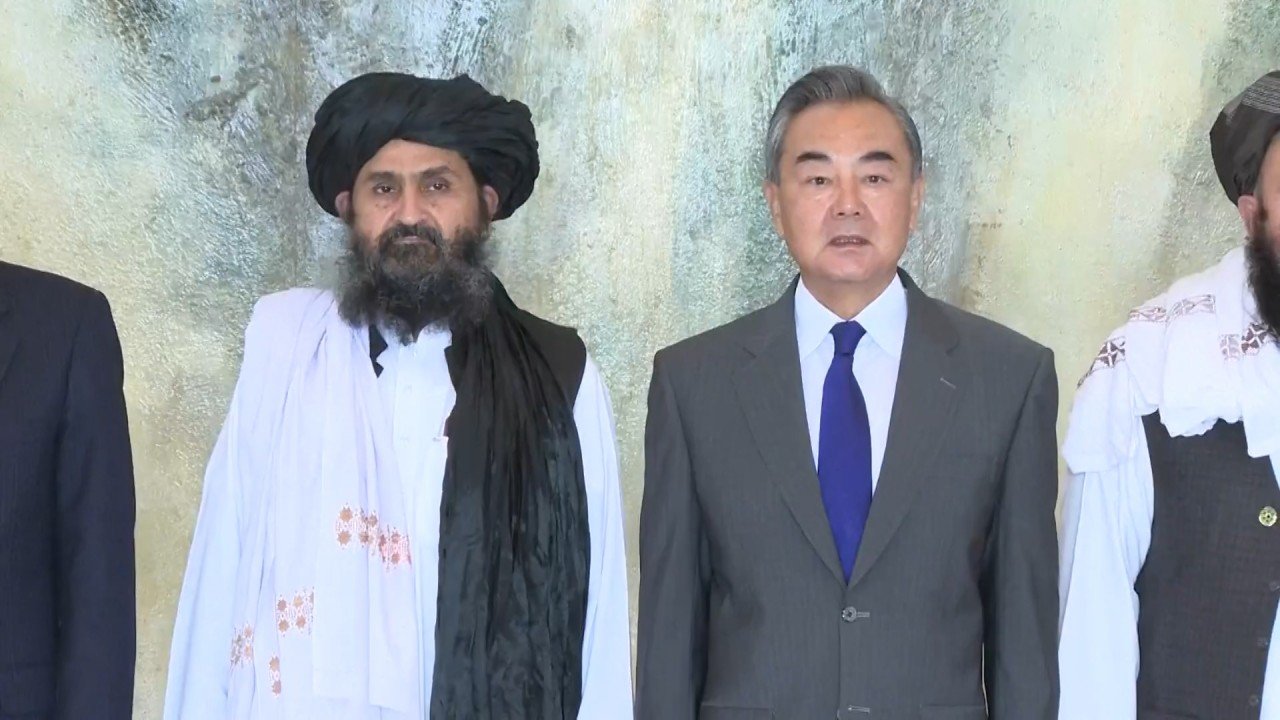 China has promised to keep its embassy in Kabul open and “beef up” relations, the Taliban have said, as Afghanistan’s new rulers worked on preparing their new government and winning international recognition.

A spokesman for the Islamist militia, Suhail Shaheen, said on Friday a senior member of the Taliban’s political office in Qatar had been told by China’s deputy foreign minister that Beijing also aimed to increase humanitarian assistance.

While the west has mostly adopted a wait-and-see approach and demanded evidence, as the Taliban move from insurgency to government, of more inclusive government and respect for human rights, China has said it seeks “friendly and cooperative” relations – although it, too, has yet to formally recognise the new regime.

Analysts have said a stable and cooperative administration in Kabul could pave the way for major Chinese infrastructural and other investment in Afghanistan, possibly including in the war-ravaged country’s big copper and lithium mines.

Amid mounting international speculation about the shape of the new government, Taliban sources repeated on Friday that the movement’s co-founder, Mullah Baradar, would head the new cabinet, expected to be unveiled on Saturday.

Baradar, who heads the Taliban’s political office, will be joined by Mullah Mohammad Yaqoob – the son of the late Taliban co-founder Mullah Omar – and Sher Mohammad Abbas Stanikzai in senior positions in the government, three sources said.

“All the top leaders have arrived in Kabul, where preparations are in final stages to announce the new government,” one official told Reuters. Another said Haibatullah Akhunzada, the Taliban’s supreme religious leader, would focus on religious matters.

The government would comprise 25 ministries, with a consultative council, or shura, of 12 Muslim scholars, sources said, and a loya jirga, or grand assembly, bringing together elders and other representatives planned within six to eight months.

The Taliban have promised to govern more moderately than during their previous spell in power between 1996 and 2001, when they were ousted by US-led forces in the aftermath of the 11 September attacks. However, many Afghans, especially women, are deeply sceptical and fear a rollback of rights gained over the past two decades.

A small group of Afghan women protested near the presidential palace in Kabul on Friday, demanding equal rights. Facing looming economic collapse and with the UN warning of a humanitarian disaster, thousands of people continued to try to flee the country overland.

Elsewhere, signs of international engagement gathered pace, with the United Nations restarting humanitarian flights to parts of the country, linking the Pakistani capital, Islamabad, with Mazar-i-Sharif in northern Afghanistan and Kandahar in the south.

Afghanistan’s largest carrier, Ariana Afghan Airlines, also said it would resume domestic flights, beginning with a plane from Mazar-i-Sharif to Kabul, later on Friday after getting a “green light” from the Taliban and aviation authorities.

Qatar’s foreign minister said the Gulf state was working with the Taliban to reopen Kabul’s airport for international traffic as soon as possible, while Turkey said it was also evaluating proposals from the Taliban and others for a role in running the airport.

Western Union and Moneygram both said they were resuming money transfers, which many Afghans rely on from relatives abroad to survive. Italy’s foreign minister was due to visit Uzbekistan, Tajikistan, Qatar and Pakistan from Friday to assist Afghan refugees, while his British counterpart was to head to the region next week, the Italian and UK governments said.

Meanwhile the Taliban, who seized Kabul on 15 August after sweeping across most of the country, have continued to face stiff resistance in the Panjshir valley north of the capital, where there have been reports of heavy fighting and casualties.

Several thousand fighters from regional militias and remnants of the government’s armed and special forces have massed in the rugged valley under the leadership of Ahmad Massoud, the son of the former Mujahideen commander Ahmad Shah Massoud.

Efforts to negotiate a settlement appear to have broken down, with each side blaming the other for the failure and claiming to have inflicted heavy losses. Panjshir valley was a resistance stronghold for decades, first against the Soviets in the 1980s, then against the Taliban in the 1990s.

Spokesperson of the Taliban, Zabihullah Mujahid  said that Pakistan can rest assured it will “not have any threat from Afghanistan”. Speaking online at an international conference hosted by the Pak-Afghan Youth Forum titled “Rebuilding Afghanistan Together”, at the Pakistan National Council of the Arts in Islamabad, Mujahid said Afghanistan hopes Pakistan’s help to the Afghan nation will continue “in terms of its peace efforts and increasing the bilateral trade and commerce”, according to a statement issued after the event.

The spokesperson said that Afghanistan “appreciates the longstanding contributions of Pakistan towards the Afghan people”. The Taliban spokesperson further said that the issue of the Tehreek-e-Taliban Pakistan (TTP) is one that the Pakistan government must resolve, not Afghanistan. Mujahid said that, “The future government will have the rightful say about this. However, our principle stance is that we will not allow the use of our soil by anyone for destroying peace in someone else’s country.”

He said that if the TTP consider the Afghan Taliban as their leaders, “they will have to listen to them, whether they like it or not”. The Taliban spokesman added: “The issue of the TTP is one that Pakistan will have to deal with, not Afghanistan. It is up to Pakistan, and Pakistani ulema and religious figures, not the Taliban, to decide on the legitimacy or illegitimacy of their war and to formulate a strategy in response.”

In today’s remarks at the conference, Mujahid also spoke of the China-Pakistan Economic Corridor (CPEC), saying that the extension of the corridor, that links it with Afghanistan, “is very important”.