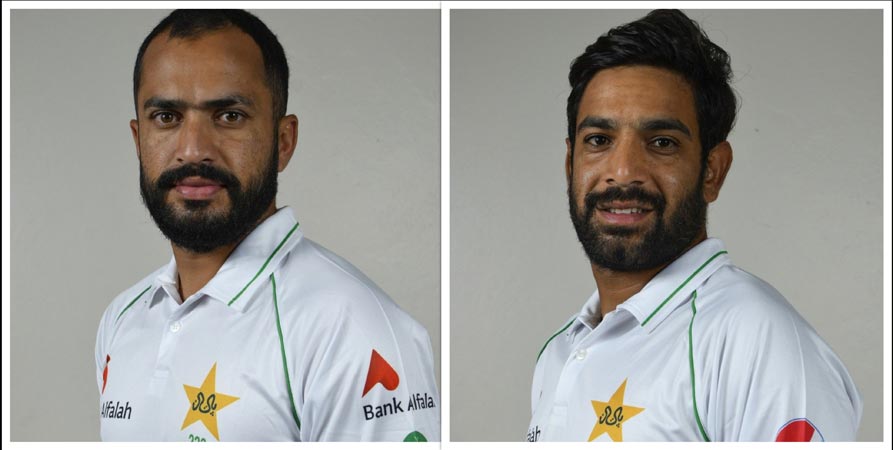 Pakistan has named a 19-man Test team to face the West Indies in the ICC World Test Championship. Pakistan’s captain, Babar Azam announced the squad in a virtual press conference as he addressed the local media. The Test series is scheduled to begin on Thursday, August 12 at Sabina Park.

Harris Rauf and Muhammad Nawaz have been left out of the squad. “In light of the anticipated team composition for the two Tests and the players’ well-being, Haris Rauf and Mohammad Nawaz have been released so that they can return to Pakistan and spend valuable time with their families. This will also enable them a few more days to unwind, refocus, and rejuvenate in preparation for the next commitments, which begin with the Afghanistan series,” said the skipper.

The last 12 months have been difficult, and the cricket ahead will be similarly difficult and hard, according to Babar, who also stated that the squad chose to incorporate new players without jeopardising the team’s results and performances.

“Because the pitches in Jamaica present a decent challenge for hitters, our batters must join the party and show their real talent and quality in the two Tests. They’ve done well this year, and now it’s time to carry that momentum into the Test series and provide an even better performance,” he added.

“Because of the great tradition and history of this beautiful location, you want to play your best cricket whenever you visit the West Indies. With this backdrop, it was discouraging to see the T20I series dominated by the weather. We intended to give our players as many opportunities as possible against the West Indies’ firepower as part of our T20 World Cup preparations, but the series was hampered by rain,” Babar said.

Pakistan leads the West Indies 6-5 in the 17-match Test series between the two sides. In the eight series played in the Caribbean, however, the West Indies hold a commanding 4-1 edge against Pakistan.

In their most recent meeting in 2016-17, Pakistan ended their winless streak in the Caribbean by winning their first-ever Test series 2-1.

For both Pakistan and the West Indies, this is their first series in the ICC World Test Championship. In this event, each side plays three home and three away series. Pakistan’s other away commitments are against Bangladesh (post-T20 World Cup) and Sri Lanka (July/August 2021), while their home series are against Australia, New Zealand, and England (all in 2022).