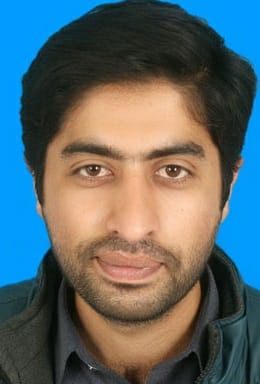 When we shuffle the archives of history, we come to know that world remain in peace for only 45 years. However, those years were recorded differently in different eras.” Leo Tolstoy (War and Peace)

There is no denial to the fact that the world affairs remained in constant leap and bounds where each state tries to maximize its power and control the rest parties. As the realist paradigm indicates that man is selfish and ego-driven and the international affairs are under anarchy, thus encourages the states to maximize their individual power. However, due to such extreme sense of belongingness the states went too far at the cost of human lives and the drastic events of World Wars were observed. These wars were the result of political crisis initiated by few, but with the inception of media the controlled information came wide open to the population and impacted masses. Likewise, media has provided a ray of hope to the people who in previous decades were not more than sheep in cattle.

The counter perspective by Plato describes that, “the matter of states should be governed by Philosopher kings and those kings knows best about the politics and policies regarding the state matters”. Notably that stance of having such leaders is very rare and only possible in the utopian world.

What is media? according to the book, Mass Communication and its Understanding by K. Pulitzer, it is a medium of mass communication through which people interact like internet, newspapers, books etc.” through ages media evolved gradually. In medieval ages when any announcement had to be made or to notify threat, loud cries were called out to notify the nearer ones. When the times evolved drums were beaten, and whistle were blown allowing people to know something important. The recent world has seen the miracle of internet that paves the way of interaction which was never even possible some four five decades ago.

The forms of media also got transformed from print to digital media encompassing the huge population prominent examples are, Facebook, WhatsApp, Skype, and Google. With the advent of such advancement people become aware of their rights and duties at the same time. With such awareness the political mechanism also got transformed as earlier the decision of selecting countries leader did not involve public participation, but now it is. The huge example is the selection of American Presidential candidates’ debate though controversial in some respects, but the positive thing is that people had their say to vote for the candidate who comes with something useful for most of the masses.

The challenges of the todays globalized world have made media an institution to let the political leadership aware of the grievances and miseries their people are suffering from, of which poverty, health, gender equality, and climate change are the most prominent one.

Social Media has allowed cross-regional flow of information, thus people got to know the conditions of their fellow humans living across continents. Furthermore, if media was not their people would not have known about Tsunamis, civil wars, genocides, pandemics et cetera. The sensible media has played its role and has made people aware of the grave threats they are facing in different forms.

How Media can play its role to curb these challenges?

Media has played its role and will continue to do so. There are some ways to come up to these challenges like;

Media as narrative building tool enlighten the receptors to generate a perspective, for example, the Arab Spring event happened in 2010, when Muhammad Bouzizi a street vendor put himself to fire. The problems a common man was facing were shadowed in the world, but the media coverage was an eye opener for the government. a wave which paved way for many countries to become a democracy.

Secondly, media as an institution alters existing perceptions of people. Malala Yousafzai an activist of girl’s education in Swat (Pakistan), faced an attack by the terrorists because she was asking other people to enrol their girls to school. If the coverage of media were not made, she would be dead by then. She is noble prize laureate now.

Thirdly, there are numerous conflicts going on around the world; Palestine, Libya, Rwanda, Myanmar, Iran and the list goes on, these conflicts have sickened the people of war. Social media played its role in allowing the people as well as the political entities to know what is best under humanitarian perspective.

In a nutshell there is no denying the fact that media has played its role effectively, but there are also incidents which has made the world of media a messy place with projected interests of powerful entities. The WikiLeaks, Panama leaks are the events which altered the course of politics and politicians who for their self-interests led their people to suffer in pain. Media as institution has grown, but still there is a long road to go to practice positive objectives.