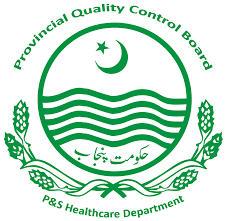 Daily Times on Saturday, through an anonymous letter, verified by sources, has learnt that Primary and Secondary Healthcare Department, Service and General Administration Department of Government of Punjab is in the limelight over alleged financial corruption worth millions of rupees. It has been learnt by the sources that bureaucrats including Chief Secretary, Secretary Services and Project Director are allegedly involved in the series of financial corruption in the department.

It was revealed that Asad Naeem was posted as Project Director, Project Management Unit in 2019 by Service & General Administration Department, Government of the Punjab. He was appointed and assigned one task to clear illegal payment of different vendors, sources said. After his appointment, the very first notification issued was related to structural change in the positions of PMU, allegedly to clear the path for smooth payments to vendors.

Adding to that, few changes were made in Procurement and Outsourcing Wing of PMU. Asad Naeem Project Director, PMU had ordered to make payment to M/s Sarmik who was one of the service providers providing mechanical, electrical & pluming Services in DHQ / THQ Hospitals across Punjab. Sources believed that illegal payments were not made to M/s Sarmik immedtately due to the audit issued.

Moreover, the matter was taken up and discussed with project director by project manager, the latter in this regard ordered to terminate the then Project Manager (Audit &Accounts PM (A&A). Meanwhile PM(A&A) was forced to resign from his job due to immense pressure by the upper hierarchy and eventually it is believed that alleged illegal payments were made to the companies by Asad Naeem.

According to the sources and the data gathered, it was revealed that the disruption in financial matters of the department has been in the notice of senior co-workers as well. No one has so far, reported or took up the matter in this regard, in return all of the officers to whom the matter is known, are gaining benefits from alleged corruption some way or the other through mutual understanding of bureaucrats including the then Chief Secretary, Secretary Services and Project Director, PMU, Asad Naeem. Talking to employees of the concerned department, it was revealed that Mr. Asad Naeem had a bad reputation amongst his subordinates and co-workers as well for using illicit language which clearly negates the ethics and the morals of working in a professional department. The details further stated that Asad had a humongous amount of disrespect for all those who even tried to probe into the matter and that they were threatened that they will get terminated if the payments are not released or any kind of audit takes place.

Asad had his hegemony in the department as Secretary Services and Chief Secretary Punjab had his back and allegedly monitored all the payments made and transactions for his personal benefits. It has also been quoted that several cases have been reported where Asad have been found uttering ill-language and misconduct with other colleagues and misbehaved with the then Deputy Project Director Madiha Tahir Shah.

Asad Naeem, Project Director, PMU appointed one of his close acquaintances Mr. Ahsan Naeem, Project Officer Operations as Deputy Project Director, PMU which was a notable difference in the post as the incumbent was three tiers. Previously, only government officers were appointed through PMS I PAS had served as DPD while Ahsan Naeem was no more than a contract employee with allegedly no experience of procurement. Moreover, he was appointed above the directors of PMU who were acknowledged for having more experience and inter-departmental professional dignity than Mr. Ahsan Naeern, the then Project Officer, PMU.

As soon as Ahsan Naeem was appointed, allegedly a continuous stream of illegal payments was initiated by the department. It was reported that Ahsan Naeem used to meet vendors in private demanding commission against payments made by the government. Allegedly it was revealed that the latter is accused that he has made made illegal payments worth millions of rupees to different vendors. To verify the accusation, PMU Finance Department will substantiate the claim of ledgers and cheques the source added.

Payment to the vendors of outsourcing service providers were made which were mostly illegal. Even the penalties imposed by various government hospital administrations were waived off by Asad Naeem, Project Director, PMU and Mr. Ahsan Naeem, Project Officer Additional Charge of Deputy Project Director, PMU. It was further revealed that penalties were more than 500 million rupees.

It further stated that these payments were made to Eastern Medical Technology Services in lieu of guaranteed load which was in contradicting the clauses of signed contracts, related to the purchase of CT Scan machines. When asked about the payments, Abu Bakar Shahid the spokesperson of the company did not find it appropriate to discuss the matter as it was ‘sensitive’ to share information in this regard. Further, the list of the vendors can be obtained from PMU as alleged most of the payments made were illegal.

The sources having first-hand information about the issue also revealed that Farooq Alvi, Additional Secretary (Development &Finance) in Primary & Secondary Healthcare Department had the whole case in his knowledge and took steps to against Mr. Asad Naeem, Project Director, PMU. Farooq Alvi ended up having a chunk of the financial benefits too, as a share.

The total alleged illegal payments to be made to the vendors in FY 2019-20 were close to 1 billion rupees while the cheques were issued under the authorization of Asad Naeern, Project Director, PMU and Mr. Farooq Alvi Additional Secretary (Development & Finance). 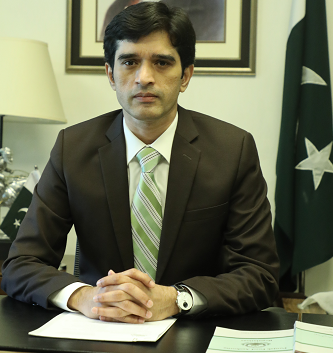 Within a week, Farooq Alvi Additional Secretary (Development & Finance) was given the Additional Post of Project Director, PMU by the order of the then Secretary, P&SHD Capt. Retired Muhammad Usman currently posted Commissioner Lahore. Sources believe that the reason of Farooq Alvi’s posting was to prequalify Ms Mstahkin which is said to be his brother in law’s company. The pre quallficatlon process was completed immediatelv by Ahsan Naeern, Project Officer Additional Charge of Deputy Project Director, PMU. Asad Naeem, Project Director, PMU got his designation transferred as Managing Director, Punjab Education Foundation (PEF), it has been revealed that a payment worth millions of rupees was released right after his transfer. Meanwhile the recruitment of Project Management Unit was in process,  Ahsan Naeem asked Farooq Alvi, PD PMU to appoint him as director outsourcing as he will be able to perform another act of fraudulent activity worth of more than 1 Billion immediately.

When contacted with Farooq Alvi, when asked about the allegations and report, he has been named upon, he said that he would not like to comment on the allegations and that he did not know anything related to the very matter. Mr Ahsan Naeem responded to the questions and was the view that allegedly someone from the department has filed a report in terms of personal grudges and all these claims are fake and baseless. He advised his team to bring the rebuttal proofs as well. The proofs only showed the transfer and appointment letters which did not contradicted the statements of the report rather the receipts of outsourcing services and products were not revealed despite asking. He further revealed that all the staff and co-workers truly admired his services as far as behavior with the staff was concerned. Upon asking he also stated that Commissioner Lahore Captain (R) Usman was also taken into confidence in this regard. Sources further revealed that a rebuttal in this regard will also be released denying all the statements. Ahsan Naeem did not have enough proofs to counter the claims in this regard. Upon asking, he came up with the statement that the department has delivered to the people of Punjab during pandemic situation and that he along with his team visioned for prosperity and betterment in healthcare infrastructure of the province, which was not really the clarification of the claims. Asad Naeem was also contacted for comments but both of them did not respond to the calls made to them nor did they respond to the text messages sent to them.

The cartel of bureaucrats has been damaging public taxpayer money heartlessly and no government watchdog or accountability department has taken up the matter for investigation purposes. The matter should be investigated in depth as the country is already facing a lot of problems especially in the Health Sector. As long as we have corrupt officers in our governing system, justice is not going to be implemented impartially and that it is equally important to facilitate access to justice. Previously a ‘powerful’ bureaucrat namely Tahir Khurshid Principal Secretary to CM Punjab Sardar Usman Buzdar has also been found in high waters over allegations regarding assets beyond known source of income. He has been summoned by NAB and the investigation has reached to complaint verification level where chances exist that NAB could arrest Tahir Rashid. According to sources, it has been revealed that Tahir Khurshid has been accused of allegedly taking 30 million rupees over a posting related to Deputy Commissioner (DC) Gujranwala. High-power-selection board in Islamabad, at PM House is with the view that Tahir Rashid should be appointed as Chief Secretary Punjab, backed by Irum Bukhari and Captain R Saif Anjum and others as a lobby while some officers have been found negating the decision.

(The writer is an Investigative Journalist)