* First of all, hats off to Umera Ahmed for selecting a topic that is the need of the hour, yet it is so easily ignored in our society, which is child psychology 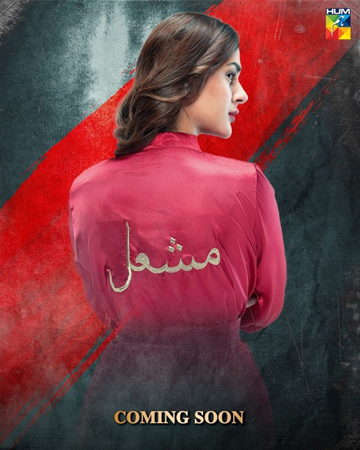 Umera Ahmed as a writer has never failed to impress us. Now that we have watched the first episode of Hum Kahan Ke Sachay Thay, it is evident that she has maintained her class.

The show went on-air this Sunday on 1st August, 2021 at 8pm and will be shown every Sunday at 8pm.

First of all, hats off to Umera Ahmed for selecting a topic that is the need of the hour, yet it is so easily ignored in our society, which is child psychology. Elders, often don’t realize the affect and the impact their words, actions and their behaviour can have on their children, perhaps they are far too ignorant in this regard. This is exactly what Hum Kahan Ke Sachay Thay sheds light on.

The drama begins with a very powerful dialogue, delivered by one of the drama’s protagonists, Aswad.

“I once read somewhere, that children are innocent, absolutely angelic. I also once heard that the bitterness of an elder’s tongue doesn’t let children stay angels. It turns them into a dwarf. And then these dwarfs remain dwarfs all their life, they can never go back to being angels. So, this story is about two children, who turned into dwarfs from angels. And I was the third one, I didn’t turn into a dwarf, I became a joker.”

This dialogue gives the viewers an overview on what theme the show will focus on.

Child psychology, may be a topic that is not taken seriously in our society, but it’s absolutely essential in the child’s future who will one day be an adult and if nothing, will carry the responsibility of ‘humanity’ and showing compassion to other humans, on their shoulders.

In this show, we have seen how three cousins are peacefully playing with each other, in an absolutely carefree manner, having no hard feelings or grudges against each other. This goes on until we are shown how one of them, Mashal, is being scolded by her mother for showering love on her cousins and her aunts. Not only this, but her mind which is of a child, and this is a tender age, during which her mother feeds her with hatred towards her relatives and later on also compares her to her other cousin, Mehreen.

The drama begins with a very powerful dialogue, delivered by one of the drama’s protagonists Aswad

It’s highlighted in the show that Parents play a major role in what kind of adults their children will grow to be, also whether they will lack maturity or possess it. Unfortunately, some parents fail to emphasize the importance of individuality in front of their children. They don’t explain their children that they are beautiful just the way they are and they don’t need to adapt to be like others. The chronic rat-race in our society leaves the children to become confused and frustrated for the rest of their lives.

This show beautifully depicts how children who from birth only have love in their hearts, how the poison spoken by their elders can leave them developing hatred against people. Such children, grow up to be extremely complexed, unhappy and frustrated adults, who despite having many blessings in their lives, look up to those who seem to have more than them and are left with having a never-ending desire to want more than others. And because such children are constantly fed with negativity in their tender age, they never have a healthy growth in their lives, and their minds are mostly occupied by wanting to cause others pain and enjoy them suffering. We see an example of this, when during one scene in which Mehreen is having an asthmatic attack, she looks for her inhaler in pain but is unable to find it, because Mashal has hidden it, due to which Mehreen coughs in pain throughout the night. We see another example of this, when they both have grown up and although they study at the same university, yet they travel separately by very different means of transport, during which Mashal rides her car past Mehreen and doesn’t offer her a ride. And then as Mehreen misses her college bus, she has to struggle to find and travel in the public bus.

The show shows how the seeds of hatred, jealousy and all sorts of negativity leads to the child growing up to be an insecure and complexed adult.

In the case of Mehreen, we also see how her parent’s differences, the tragic death of her father, plus the mistreatment that she receives from her maternal side, shapes her personality into making her a disturbed adult. Having a haunted childhood, and living in the absence of both her parents leaves her to be a confused adult. We see how her mother’s negligence also has an impact on her personality.

Aswad on the other hand, is shown to be a child who is fonder of Mehreen than Mashal as he appreciates her honesty and despises Mashal’s nature who he describes to be a ‘cheater’. We look forward to gain more insight of his character in the coming episodes.

This time we see both the female leads Mahira Khan and Kubra Khan, in different avatars, and from the first episode it seems they have performed flawlessly. Usman Mukhtar as usual effortlessly has adapted to his character.

The rest of the actors too have given performances, which have given the audience a reason to stay glued to their TV screens every Sunday at 8pm! The director Farooq Rind earlier also gave us a great classic to watch, which makes it more obvious to look out for “Hum Kahan Ke Sachay Thay”. Yashal Shahid has sung a soulful OST on the melodious music of Azaan Sami Khan, and the beautiful poetry of Sabir Zafar.

A huge shout out to the Producers Nina Kashif and Momina Duraid for making a show on such an important subject.

The writer is a student at Dow University of Health Sciences as well as a published author. She Tweets at @moosa_11 and can be reached at haneenmoosa@gmail.com