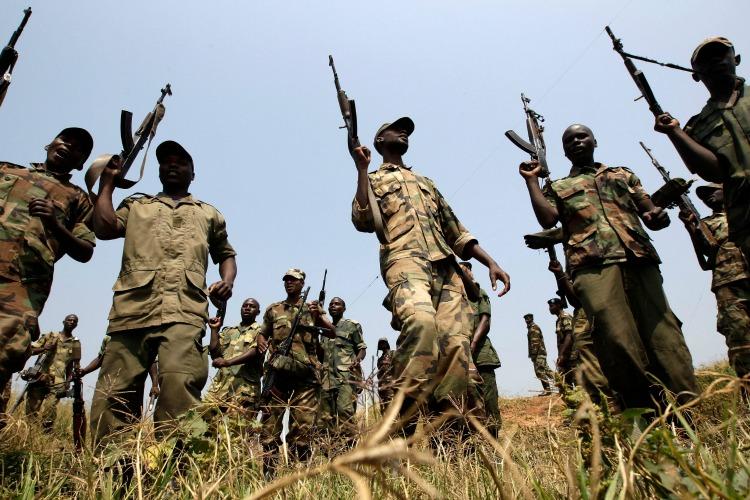 Seven soldiers and 15 members of a notorious armed Islamist group have died in three days of clashes in northeastern DR Congo, the army said Tuesday.

The armed forces launched an offensive on Saturday against positions held by the Allied Democratic Forces (ADF) in Tchabi, in Ituri province, the region’s military governor, Lieutenant-General Johnny Luboya, told AFP. “We lost seven troops and on the ADF side, 15 rebels were neutralised,” he said. The operation also led to the release of 150 hostages “who had been used as human shields,” he said, confirming an earlier military report issued on Sunday. At the end of May, authorities accused the rebels of killing at least 50 civilians in Boga and Tchabi in Irumu territory, where they also attacked a refugee camp. A historically Ugandan Islamist group, the ADF is the deadliest of scores of armed militias that roam the mineral-rich eastern Democratic Republic of Congo (DRC). The DRC’s Catholic Church says the ADF has killed around 6,000 civilians since 2013, while a respected US-based monitor, the Kivu Security Tracker (KST), blames it for more than 1,200 deaths in the Beni area alone since 2017.

The toll has risen sharply since 2019, when the militia appears to have become more radicalised, carrying out massacres in remote villages and taking survivors hostage. In March, the United States said the ADF was linked to the Islamic State group and identified its leader as Seka Musa Baluku. North Kivu and the neighbouring province of Ituri were placed under a so-called state of siege on May 6 in a move aimed at stepping up the fight against armed groups. President Felix Tshisekedi replaced senior civilian officials there with army and police officers.