* JLo, who sizzled in a black, long sleeve Dolce & Gabbana dress and Ben, who looked dapper in a blue button-down shirt and matching pants, sat together at a table in front 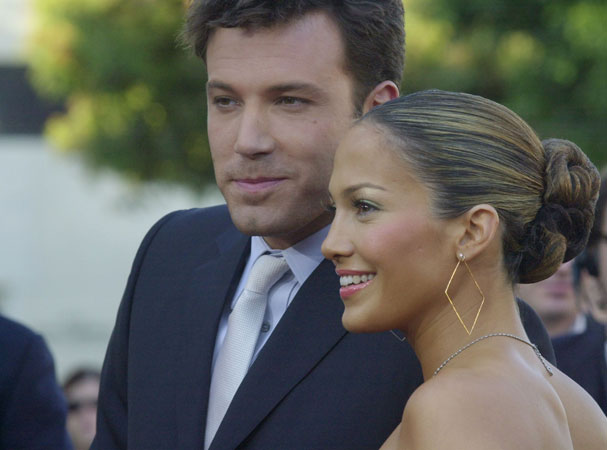 Jennifer Lopez and Ben Affleck have truly come full circle with their most high-profile public appearance as Bennifer 2.0.

On Saturday, the actress and singer celebrated her 52nd birthday with the actor, with whom she is enjoying a rekindled romance, at a party at celebrity hotspot L’Opera in St Tropez, France.

JLo, who sizzled in a black, long sleeve Dolce & Gabbana dress and Ben, who looked dapper in a blue button-down shirt and matching pants, sat together at a table in front of a backdrop adorned with Philippe Shangti artwork as dozens of fans partied with them, with some of them sharing videos on Instagram, including fashion blogger Rebel Neda.

At one point, DJ Hugo M played her 2002 hit “Jenny from the Block”-yes, the song with the music video that features Ben-and Jennifer sang along as servers danced on a table with giant bottles of Champagne.

The two arrived at the party around 11pm, holding hands and surrounded by a small group of people, an eyewitness, Dr Daniel Campos, told E! News. He added, “They truly looked in love.”

At one point, DJ Hugo M played her 2002 hit ‘Jenny from the block’, yes, the song with the music video that features Ben, and Jennifer sang along as servers danced on a table with giant bottles of Champagne

JLo’s 1999 hit “Let’s Get Loud” was also played during the party, which also featured dancers with glow sticks, scores of people holding up sparklers and one operating a smoke machine.

Ben and Jen appeared to have a great time, occasionally kissing and filming on their phones as the crowd cheered.

The restaurant is known for their entertainment acts, the doctor said, adding, “So their entire crew came out dancing and singing holding a sign that said ‘Happy Birthday JLo’ and we all sang along around JLo and Ben.”

He added, “I think they felt pretty comfortable there. My table was next to theirs and I didn’t feel they were trying to be isolated. Of course, there were bodyguards but we all got up and danced and there was not any pushing around or space restrictions. It was just like any other jet-setter couple celebrating something big.”

JLo and Ben rekindled their early ’00s romance more than two months ago and have since occasionally been spotted out in public together, sometimes with their kids, but never at a party before Saturday. Hours before the bash, she made their relationship officially Instagram official with a steamy photo of her and the actor kissing on a yacht.

After her birthday party, JLo and Ben headed back to the yacht. On their way there, they stopped to make out again, another eyewitness told E! News, adding, “They seemed totally in love.”

Also before the event, Jennifer shared pics and a video of herself modelling a red-printed bikini. “52!” she said, before twirling around in the short clip.

She and Ben technically made their Instagram debut as a couple last week when JLo’s BFF Leah Remini shared a pic of them at her recent 51st birthday party.

Jennifer and Ben are “fully committed to each other,” although they’ve both agreed they aren’t in a rush to get married again, a source told E! News last week. “They have been meshing their lives and families and don’t feel the need to get engaged yet or even tie the knot,” the insider said. “They have both been there and don’t feel it’s necessary.”