The other side of the picture 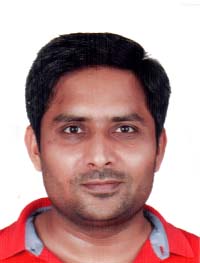 There is no denying the fact that female students and faculty members are harassed in academic institutions across the country as is evidenced from the rising number of reported cases (though a majority of the cases go unreported). This is quite alarming and has received attention from various circles including women organisations, civil society, media organisations, and government and university officials. They are actively playing their part to stop the harassment of women. For example, many culprits have been fired from their jobs and some are facing charges either in the university committees or in the courts.

This lowers the chances of reporting of such cases on the one hand and encourages the manipulators to carry on their jobs for their nefarious designs on the other hand.

Before taking up on the ways of harassment, let me explain you how the HoDs spy on their young colleagues through their agents—students and non-permanent faculty members. The information gathered through this espionage is used either to harass or to intimidate them.

Incompetent and corrupt HoDs and their senior aides are afraid of the talented, competent, and capable young faculty members. Being the protectors of the status quo, they consider the latter a challenge to their power and authority because they demand for merit, transparency, and reforms.

Thus, they—instead of competing with them in research, teaching, and other academic activities—start spying on them through either students and/or non-permanent faculty members, who are hired for a semester or two due to the shortage of teachers. Both are chosen as agents to spy either through lucrative offers or intimidating measures. For example, students become agents because they are assured to get good grades and jobs after their graduation or they are threatened to be marked failed or lower grades. If contractual employees refuse to do so, they are fired from their jobs; and if they comply with the directions, their contracts are extended.

Student agents pass on information to their bosses whether classes are being conducted regularly; teachers are regular and punctual; and syllabus, according to the course outlines, is being covered. They also inform their chiefs about the students and faculty members who are close to the young faculty members. On the other hand, attendance registers are handed over to the non-permanent faculty members. They update their bosses whether the permanent faculty members are marking their attendance regularly; and they are punctual. Moreover, they often walk around their offices to get information who visits them.

The information gathered through espionage is used to suppress the young faculty members. They are threatened to quit their demands for merit, transparency, and reforms. Otherwise, they have to face severe consequences. If they refuse to surrender, then these students are given the task to trap them in harassment cases. They try to trap them through messages, calls, and seductive looks. This exercise continues for weeks or even months. The success gives upper hand to the HoDs and their aides. The failure compels them to adopt other measures.

In case of failure, they task their agents to assassinate the characters of their younger male colleagues. These student agents make friends with other female students and colleagues and start brainwashing them against their targets. For example, they make false stories of their own harassment and share with other students and colleagues. They try to convince them that the young male faculty members do not possess a good character.

This propaganda not only dejects the victims but also causes panic and depression among them. Even if the victims somehow survive this whirlwind, the HoDs and their agents turn to the other methods.

For example, they prepare their agents to make false charges of sexual harassment against the targeted faculty members. Once the charges are levelled, half of their job is done. Then, they lobby with other senior colleagues of the institutions who are expected to become members of the enquiry committees on sexual harassment. Most of the times, their trials, on false charges, are delayed to cause them mental stress.

For example, one of the teachers at MAO College Lahore was blamed for sexual harassment by one of his female students. The teacher committed suicide due to humiliation and mental stress. However, later on, an inquiry proved that he had never harassed that student, who levelled these charges against him on the directions of another teacher.

Harassment of young male faculty members is a genuine issue. Educational institutes should have mechanisms in place to deal with such incidents.

The writer has a PhD in history from Shanghai University and is a lecturer at GCU, Faisalabad. He can be contacted at mazharabbasgondal87@gmail.com. He tweets at @MazharGondal87.