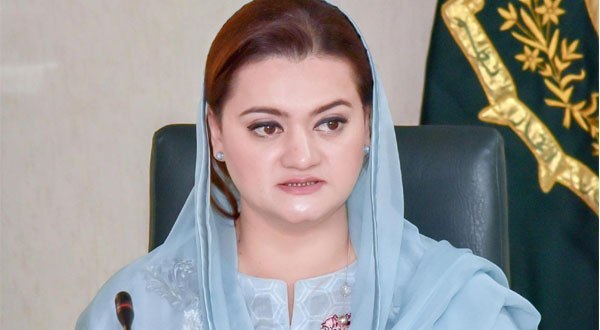 Opposition parties came down hard on the PTI-led federal government for ‘rigging’ in the Azad Jammu and Kashmir Legislative Assembly elections held on Sunday.

PML-N spokesperson Marriyum Aurangzeb, in a statement, claimed that PTI ‘goons’ had attacked party’s workers in Gujranwala’s Alipur Chatha area to ‘rig’ the election. She said despite PTI workers beating up her party workers, the police ‘arrested those associated with PML-N’. “PTI has been allowed to engage in hooliganism with complete liberty,” she alleged.

The spokesperson alleged AJK Election Commission officials refused to accept PML-N’s written complaints, saying that they would accept them after permission from the chief election commissioner. “Complaints of violence and rigging do not meet the criteria for a transparent election,” she added.

“Complaints of polling agents being prevented from entering polling stations and closure of polling are increasing,” she said, claiming that polling was stalled for two hours at Girls Primary School Kangarhariwala, Union Council Komi Kot. “Women voters were treated insultingly,” she claimed, adding that there were reports of votes being stamped inside the polling station with the help of staff. No polling agent was allowed to enter LA-32 Chakar, LA-33 Goharabad except that of PTI, she further claimed. “The tactics of 2018 and Daska elections are being repeated openly,” Marriyum said, adding, “If any untoward situation arises then Imran sahib will be responsible.”

PPP’s Senator Sherry Rehman blamed the Centre for ‘systematic rigging’ and said it was attempting to ‘steal’ the elections. The PPP leader alleged PTI workers had fired on a PPP worker’s car during polling time, while police had uprooted a camp belonging to her party. “There is a clear difference between the voter lists of several polling stations […] PPP has submitted a written complaint to the AJK Election Commission,” she said.

Former prime minister Raja Pervaiz Ashraf said that the federal government made the Azad Jammu and Kashmir (AJK) elections violent, controversial as it used every tactic to undermine these elections. He said that federal ministers spoiled Kashmir’s election atmosphere.

Addressing a press conference along with Farhatullah Babar and other leaders of the PPP at People’s Secretariat in Islamabad, he said that the violation of election ban on Kashmir Affairs minister has made a mockery of the entire system. “We spoke to the IG and the chief secretary and briefed them on the situation. Our voters were tortured and there have been many such incidents. The administration is flying PTI flags. The behaviour of the federal government deserves condemnation,” he added.

Pakistan People’s Party Parliamentarians (PPPP) Central Information Secretary and Member of National Assembly Shazia Atta Marri said that reports of presence of federal ministers from ruling PTI at different polling stations during AJK polls and reports of harassment of voters are highly condemnable act of the ‘incompetent and incapable’ government.

In a statement regarding Kashmir elections on Sunday, she said that PPP candidates have been fired upon and polling agents have also been arrested during the election process and the PPP condemns such tactics of the PTI-led government. She alleged that almost every polling station was occupied by the PTI workers and they openly indulged in rigging.