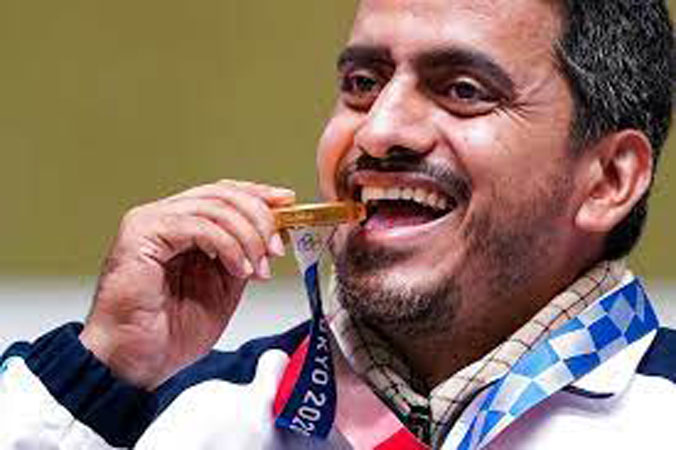 Foroughi, who survived Covid-19 in the Middle East’s worst-hit country, on Saturday became Iran’s first medal winner in any shooting event at the Olympics.

“Foroughi makes history with a golden shot,” headlined the government daily Iran, splashing his picture on the front page — as did many other newspapers in his homeland.

The ultra-conservative Javan published a picture of Foroughi giving a military salute on the podium as Iran’s national anthem played.

“An unexpected medal… won by a Guards nurse who is at the same time a defender of health and of the shrine,” the newspaper wrote.

The term “defender of the shrine” refers to those who work on Iran’s behalf in Syria and Iraq, which also house major sanctuaries in Shiite Islam.

At the beginning of May, Foroughi told public television channel Salamat (“Health” in Persian) about serving at field hospitals in Syrian war zones, including at Palmyra.

Media reports said Foroughi contracted Covid-19 in August last year, and also helped to battle the virus at home in Iran, which has reported nearly 89,000 deaths out of more than 3,690,000 infections.

After his winning shot in Tokyo, state television broadcast a report from Baqiyatallah Hospital in Tehran, which is run by the IRGC, and in which his colleagues hailed Foroughi’s victory.

President-elect Ebrahim Raisi, who takes office next month, spoke to Foroughi by phone just a few minutes after his successful shot, media reports said. Foroughi has said he began his professional shooting career just four years ago in 2017. On Saturday he became his country’s oldest Olympic medal winner.