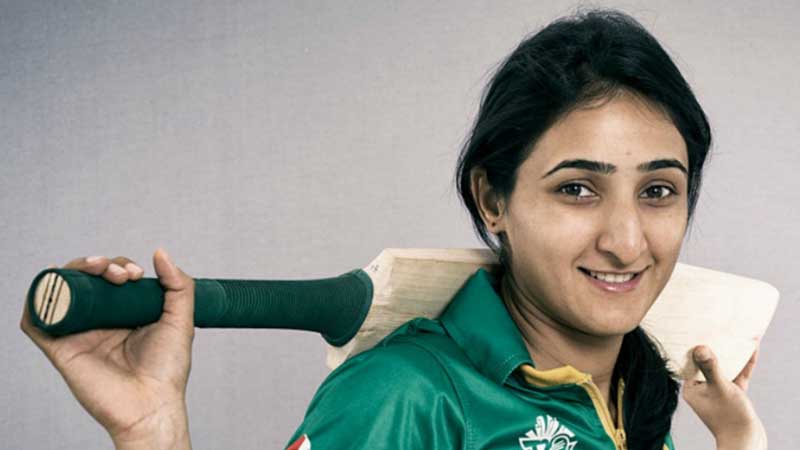 LAHORE: Pakistan star cricketer Bismah Maroof is celebrating her birthday on Sunday (today). She turns 30. Bismah, born on 18 July 1991, broke into the Pakistan women’s team at the age of 15 and quickly established herself in the side, acquiring a level of seniority that belied her age. As a teenager, Maroof’s exploits helped Pakistan secure a berth in the 2009 World Cup, their first since 1997. Her form jumped from good to prolific in 2015-16 when she made 92 and 91 not out against Bangladesh and New Zealand, but her most memorable knock was the 99 she made in Pakistan’s 57-run win over South Africa in March 2015. After the 2016 World T20, Bismah took over from Sana Mir as captain of the T20 side and a year later in ODIs as well. Bismah has also been a regular contributor with her legbreaks. She is Pakistan’s second-most-capped women’s player in ODIs, with 108 appearances against her name, with Sana leading the list with 120. In the ODI run chart, too, Bismah is second with her tally of 2602 runs, after Javeria Khan’s 2693. In T20Is, Bismah 108 appearances are most by a Pakistan woman cricketer and she is the top run-scorer among them with a tally of 2225.