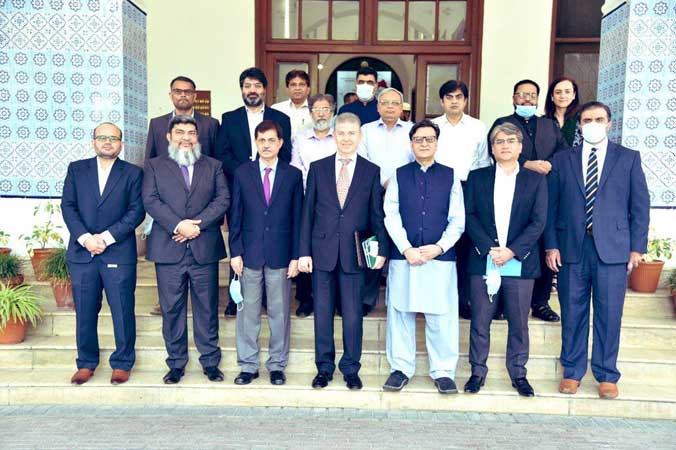 During the visit, a meeting was held between the visiting delegation and officers of the Pakistan Railways led by Chief Executive Officer, Nisar Ahmad Memon in which, both sides exchanged views of a possible collaboration between the two organizations for mutual interest. The Pakistan Railways Chief Executive Officer also highlighted that annual requirement for fuel for PR is 150 million litres per annum and PR spends Rs 20 billions per annum which is approximately 30% of PR operating expenses.

He said that there were 14 locations where Pakistan Railways has the capacity to store the fuel.

Pakistan Railway was exploring the option of installation of fuel dispensers at these sites, while also outsourcing the maintenance of these sites by specialized oil marketing companies.

Total Parco Pakistan (Pvt) Ltd. CEO Mehmet Celepoglu said that TPPL had strong financial position and was providing fuel to many companies/institutes across the world.