Haunting and mesmerizing. A rare feat! 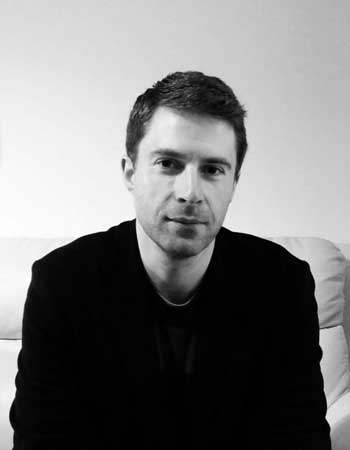 Ireland is not a very large country and neither does it have a very large population, but somehow, it has still managed to produce an astonishing breadth of literature over the years. So much so, that it has the regional offices of the Big Five of publishing, a significant feat for a country of only five million people. There are some big Irish authors that are read widely all over the world. One author who has built a name for himself very swiftly is Alan Gorevan. His books promise to be fast-paced, jaw-dropping thrillers that won’t let the readers draw breath, and if you’ve read them, you’ll know that they deliver on that promise.

The Forbidden Room gripped me from the start. It’s a book that takes place far away from the hustle and bustle of Dublin, in the far reaches of Cork in the West. Gorevan immediately throws the reader into a cold night, drenched with rain with not a single soul in sight. A couple are on their way to a romantic getaway for a few days of sumptuous dinners, stunning cliffs and a breath-taking view of the Atlantic Ocean, when their car breaks down all of a sudden, smack in the middle of the road. Stuck in the middle of nowhere, cut off from the world, they have no choice, but to walk. It isn’t long before they come across an isolated home.

Is it a ray of hope or something far more sinister?

There are many thrillers out there that are touted as the next ‘Gone Girl’ or the new ‘Girl on the Train’, but very few actually deliver. A great of money is spent on publicity so that they reach as many readers as possible. Sure, some of these books are phenomenal, but the real magic is often to be found in books that are popular through word-of-mouth. I picked up ‘The Forbidden Room’ following the hype of Gorevan’s previous books, and I can safely say that it didn’t disappoint. As a matter of fact, it had me rooted to my seat until I finished it, all in the space of a few hours. That is one quality I have consistently observed in Gorevan’s books over the course of time that no matter how hard you try to distract yourself with something else, you keep returning to his books. They are truly ‘unputdownable’ if such a word exists. 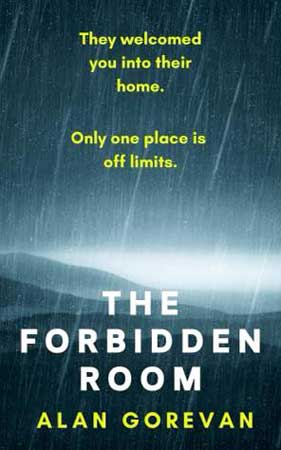 Gorevan has an almost perfect grip on his characters, something that his fellow authors might envy. He knows just how to create the perfect character and also what exactly to do with it. In ‘The Forbidden Room’, he creates the quintessential spectacle of a couple who seem very happy on the outside, but look closely and you’ll begin to see the faults in their relationship. Couple that with the increasingly strange, almost haunting, situation they find themselves in, and it’s the model recipe of a compulsive thriller.

Transporting, mesmerizing, and all around brilliant, The Forbidden Room is proof of an author at the height of his powers, but the interesting thing is that he’s just getting started. I for one will definitely be waiting to read whatever he comes with next. If you fancy compelling, readable thrillers that will captivate and enthral you in equal measure, that will force you to question human nature and what makes us who we are, then ‘The Forbidden Room’ is the book for you. A rare feat!

This article has been written and contributed by Awais Khan who is an entrepreneur and the founding director of The Writing Institute in Pakistan. He can be reached at k_awais2003@hotmail.com and Tweets at @AwaisKhanAuthor