Sonya Hussyn feuding with Sharmeen Obaid over her old comments 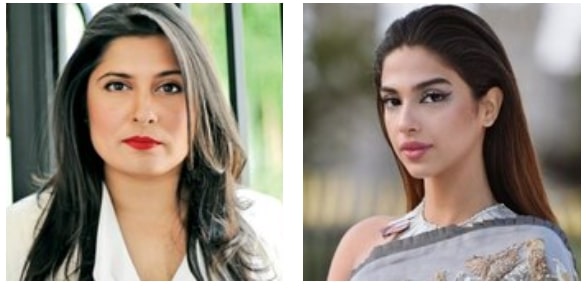 Sharmeen commented under Grazia Pakistan’s Instagram page where they had mentioned how Sonya had said in an old interview that she would have rejected Raees which Mahira Khan did opposite Shah Rukh Khan because she did not want to work with him and did not want to be a ‘sidekick’ character.

The Oscar winning director commented under the post, “Don’t think you’ll ever be Mahira Khan so you won’t ever get to say no. Don’t diss other women in the industry.” 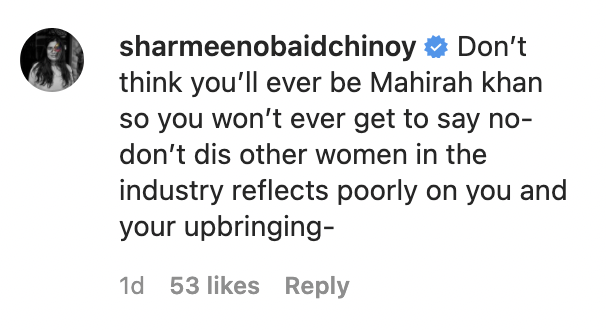 Due to this, Sonya Hussyn took to her Instagram to share what her views were about Sharmeen’s comments. She wrote in her story, “Pulling one woman down while putting up another in full view of the public and talking about upbringing!”

She did not stop there and continued, “Besides, the pandemic has given too much extra time to some people to ‘dis’ others by taking things out of context.” 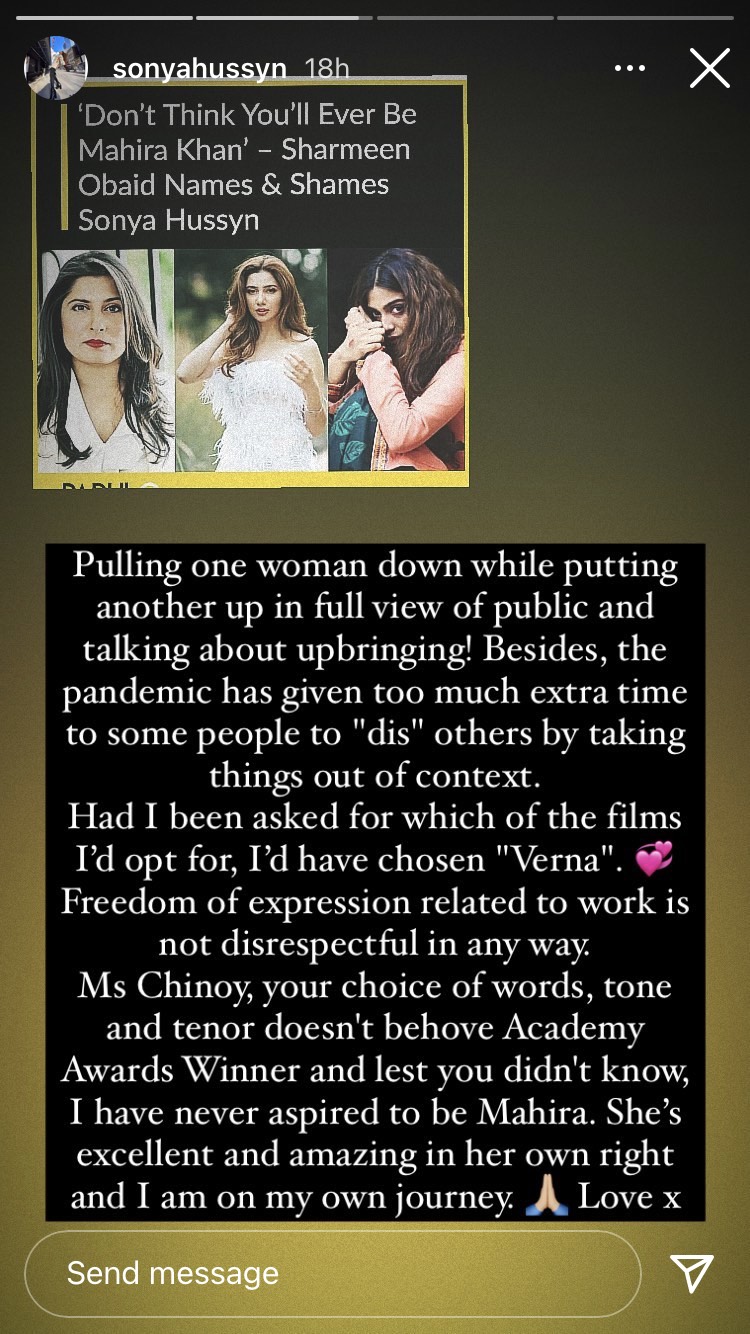 Another Pakistani actor Feroze Khan joined the feud and defended Sonya while calling Sharmeen out. He also took to his Instagram to share a story where he shared a picture of Sharmeen and wrote, “I once saw this YouTube link where the woman she made a documentary on got her Oscars was complain she never paid her.” He was referring to when Sharmeen was sued by one of the victims whose story she covered in Saving Face for not giving her compensation for her part in 2012. 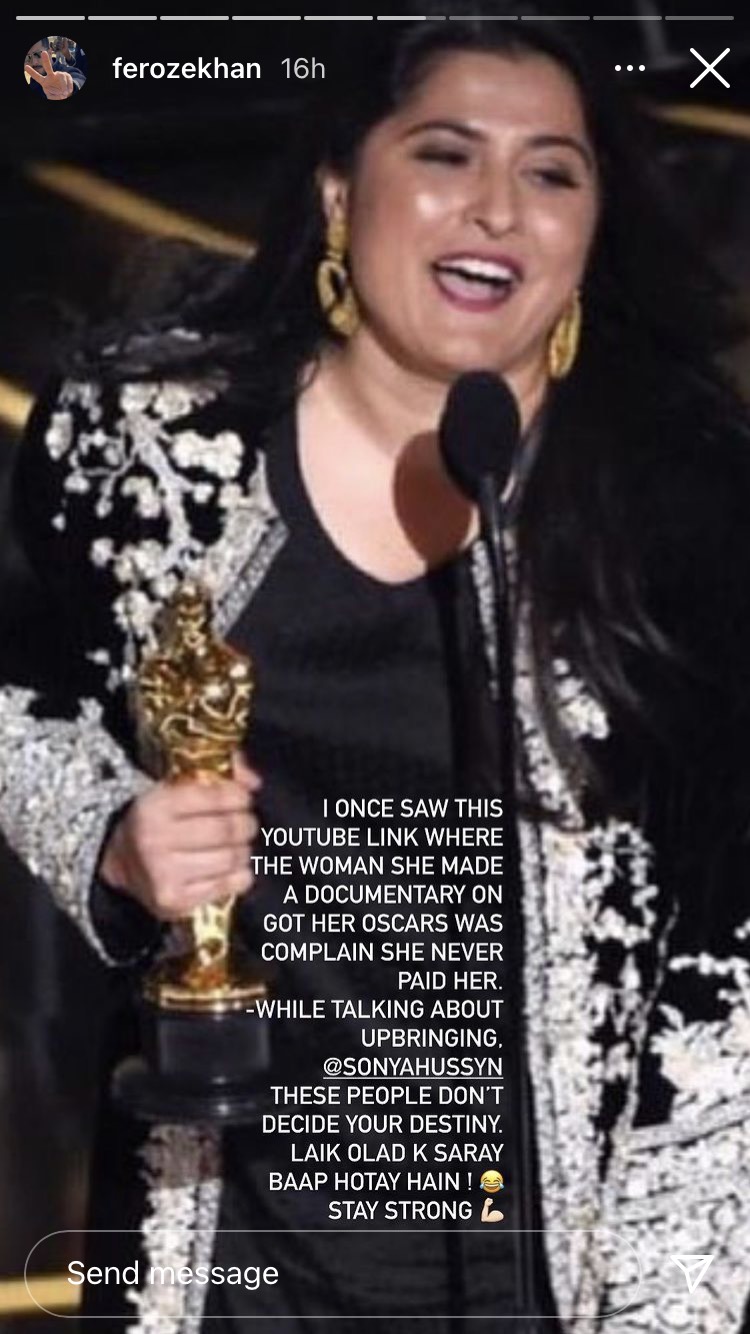 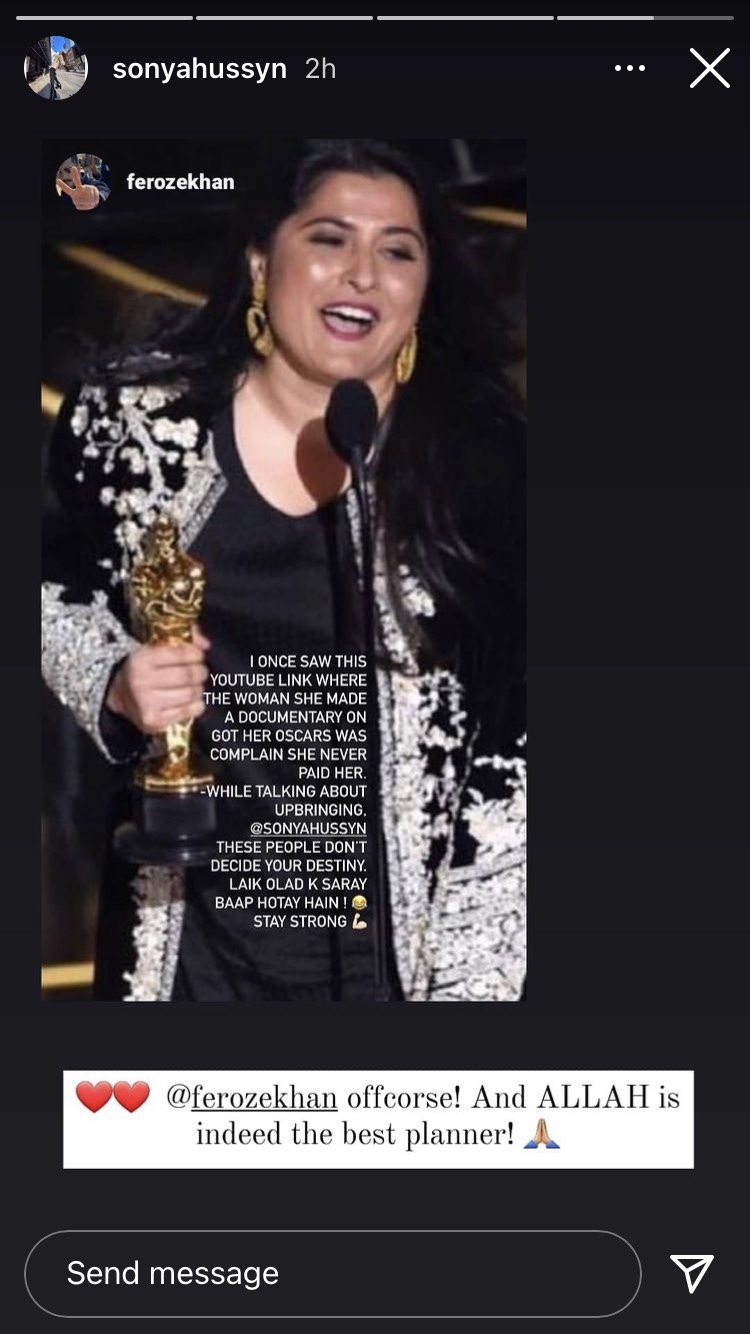