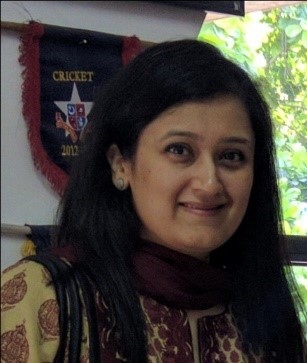 Amartya Sen’s Capability Approach assesses the wellbeing of an individual.

Sen advocates that no country can develop in the truest sense of the word unless it enhances the capabilities of its individuals. The three broad tenets of this approach include freedom from servitude, hunger and low self-esteem.

I would like to start with the third variable i.e. Low self-esteem. There can be multiple reasons for low self-esteem. If we talk about children, their esteem could be low because of the peer pressure, the environment at home or at school, the social class they come from or traumatic incidents such as mental, physical harassment or sexual abuse. In adolescence, low self-esteem can be caused by lack of parental support, communication gap between the parents and the young adults, trauma or abuse, peer pressure/bullying, toxic friendships, etc. Unless the young adults are imparted the skills to handle different situations in life, their psychological and physical well-being cannot be guaranteed.

Pakistan’s current population is 225,199,937, making us the 5th most populous country in the world. Unfortunately, we as a nation have failed to realize the importance of family planning. Data shows that in just one year i.e. since 2020 population has increased by 1.95%. According to the Pakistan Bureau of Statistics, children aged between 5 and 9 make up 15.65%, adolescents aged between 10 – 14 and 15-19 makeup 12.95% and 10.37% of the total population, respectively. Based on these statistics, one can conclude that adolescents i.e. Individuals aged between 10-19 makeup 23.32% of the total population. These young adults can play a decisive role in setting our country on the right track.

In this day and age, where the 4Cs, i.e., Critical Thinking, Communication, Collaboration and Creativity, are constantly being emphasized, we in Pakistan are still struggling to realize the importance of imparting the basic life skills to our children. Life skills such as effective communication, awareness about the basic human rights, gender, ability to make independent decisions, ability to assert oneself, to express one’s feelings and emotions fearlessly, ability to understand one’s own body and the changes it undergoes as it grows, are deemed fancy and futile by the 3 Ps i.e., politicians, policy makers and people at large.

All these statistics are based on the responses of the adolescents in various government schools of Lahore. These concerns are grave. They speak volumes of the mental state of our adolescents, their inability to assert, their lack of communication skills, their lack of basic knowledge about their physical and mental health, unawareness of their basic human rights.

The question is why we as people have been following the set patterns for decades. The answer is written on the wall: We fear change, we fear modernity, we fear progress. The irony is that the powerful in our society derive their strength from these fears and it serves their vested interests to keep the masses embroiled in their complexes, fears, insecurities and shortcomings. It is easier to rule the weak, because the poor would never question the status quo.

This can only be done if we incorporate Life Skills Based Education in the mainstream curricula. Many parents, because of their own lack of knowledge and effective communication skills, fail to educate their children about the basic life skills. By introducing LSBE in schools, parents’ tasks can be made easier as well.

With sexual abuse cases rising by day, it is imperative that we started this trend of open classroom discussions on topics such as good and bad touch, how to react to psychological and physical assaults. It is the need of the hour, to train our children to express themselves unabashedly and reach out for help if needed.

Nur Centre for Research and Policy (NCRP), the technical arm of Nur-Fatima Memorial System, in collaboration with AmplifyChange have initiated a project named Safar-e Hifazat. Under the aegis of this project, they have conducted training sessions for teachers and healthcare workers and carried out a 4 month program where they introduced LSBE in different government schools in Lahore. Their objective was to evaluate the impact of LSBE curriculum on adolescent’s’ knowledge, attitude and practices. The results show a highly positive response both from the facilitators as well as the students. It is a brilliant initiative, which if provided adequate patronage by the government can play an instrumental role in making our children aware, skilled and confident hence protecting them from any kind of abuse.