Prices of ghee and oil to increase from July 1 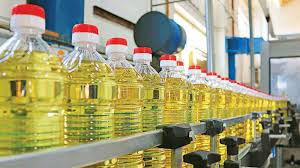 LAHORE: The prices of Ghee and Oil are to increase up to Rs 18 per kg/litre from July 1. This rise in the prices is seen due to the budgetary taxation measures made by the government through the finance bill.

The Pakistan Vanaspati Manufacturers Association (PVMA) made the announcement of prices of different brands rising from Rs 13 to 18 per kg/litre, depending on their retail price.

The (PVMA) said that the rupee has depreciated by Rs 5 against the dollar, while taxes up to Rs. 18 have been imposed.

The government currently charges Rs 90 per kg/litre tax on ghee and oil. Making it the highest price in the region.

Unregistered buyers, wholesale, and retailers would have to pay an additional 3% tax. The withholding tax would be 0.1 and 0.5% withholding tax, while the input sales tax adjustment of 90% has been allowed.

The PVMA has asked the government to allow input sales tax adjustment upto 100%. In order to impose a uniform tariff throughout the whole industry.

They have also asked for the reversal of withholding tax on wholesale and retail purchases.

The PVMA chairperson said that additional sales tax should be abolished so the prices of essential foods can remain stable.

According to him the Finance Minister Shaukat Tarin said that taxes on important food items have been abolished but not for ghee and cooking oil, which have been kept intact. He said the decision is discriminatory.