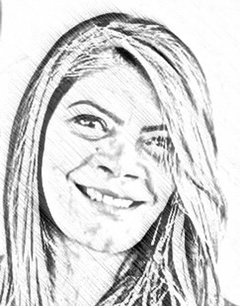 As the region is passing through the challenging phases with US troops leaving Afghanistan without any substantial efforts to implement and ensure sustainable peace in the country, Narendra Modi chaired an all-party conference on 24th June 2021. The People’s Alliance for Gupkar Declaration (PAGD), also known as Gupkar Alliance, decided to participate in the meeting. There was no fixed agenda shared, but broadly the meeting focused on the statehood of Kashmir. On the other hand, PAGD initially declared a one-point agenda, which was the restoration of the position of J&K to pre-August 5, 2019. This meeting was critical for Modi’s government as it found itself stagnant after removing Jammu and Kashmir’s special status and the abolition of 35A and 370. Now Modi wanted to take the step ahead, assuming India can take advantage of the evolving regional situation.

The Modi government has called an all-party meeting to streamline and strengthen the political process and hold assembly elections in J&K Union Territory. PM Modi was accompanied by Union Home Minister Amit Shah, National Security Advisor Ajit Doval and Lieutenant Governor of Jammu and Kashmir Manoj Sinha. Additionally, one of the possible goals of the all-party conference was to seek approval from the Gupkar Alliance to divide Jammu and Kashmir and change its demography. Pakistan is all set to oppose any such move.

The bi-annual Indian Commanders Conference was held from 17 to 18 June 2021, reviewing the situation in Northern and Western Fronts. The meeting suggested an increase in engagements on LOC and LAC with Pakistan and Chain, respectively, while avoiding any full-scale war on any of its borders. As the situation became tricky for Pakistan after denying air bases to the US, India plans to benefit from the scenario.

The meeting happened under the shades of distrust and suspicion. The Modi government was accused of selectively inviting political parties. The different sections of the Kashmir indigenous movement were not represented in the all-party conference, limiting its transparency, impact and scope.

The fourteen members of the Gupkar Alliance included Farooq Abdullah, Ghulam Nabi Azad, Omar Abdullah and Mehbooba Mufti. These leaders have a history of loyalty and inclination towards India. When J&K was stripped off from its unique status, there was a slight shift in their opinion, but now it seems to be fake, based on hypocrisy and deceit. In the past, they were considered nothing more than a puppet in the hands of Indian governments. Now they gave voice to Modi’s government desires, thereby betraying their people and their innate desire for freedom. Five demands raised to the government are nothing more than the replica of Modi’s government road map to reshape the state.

Congress demanded that the Statehood for Jammu and Kashmir should be restored, which is the fundamental goal of the whole venture. Indian want J&K to be included in its territory as a state. Moreover, the Modi government wants to get the election process rolling after restructuring different constituencies to benefit BJP. Again congress came to Modi’s rescue and demanded that assembly election in J&K be done at the earliest, followed by prioritizing rehabilitation of Kashmiri Pandits in the region. Additionally, they demanded the release of all social and political prisoners and protection of domiciles on land rights and jobs in J&K. These five points either contradict or negate the significance and importance of 35A and 370.

India has a history of deception. The All party conference is presented as one of the most concrete steps in J&K normalization. It allowed India to present itself as a grieved party looking for sustainable peace in the J&K. In fact, it is nothing more than betrayal, compromising Kashmir’s fundamental right of freedom and liberty.

Moreover, it is a complete deviation from what the Kashmiri freedom movement stands for.

Is taking up Kashmir a wise move for India at this time? As the distance between Washington and Islamabad increases, India plans to hand over its trump card, Kashmir, to prove its loyalty to the US. The US can support India to increase the pressure on Pakistan, but can India benefit from it. It is a tricky question. On the other hand, the US is known for using its friends and situation for its advantage blatantly. Therefore, it can go either way, leaving India in total disarray.

On a broader view, India is making a strategic blunder. It has united two of its adversaries into a strong alliance bonded by mutual strategic interest. Pakistan and China enjoy time-tested friendship and mutual trust. The removal of 35A and 370 to eliminate Jammu and Kashmir’s special status has unified two friendly nations into a threat that India cannot handle alone. The more India makes the matter complicated, the more it will become impossible to manage.

Suppose if the identity of the Kashmiris is usurped, and Kashmir is merged into Laddak and Jammu, it will take the indigenous movement of freedom to another level, where the Kashmiris will fight for their freedom and identity. Such movements are the most ferrous and result-oriented. Seventy-four years ago, it resulted in the very creation of India and Pakistan. How India plans to end this indigenous movement will prove to be a new beginning, more forceful, fetal, intense and furious.