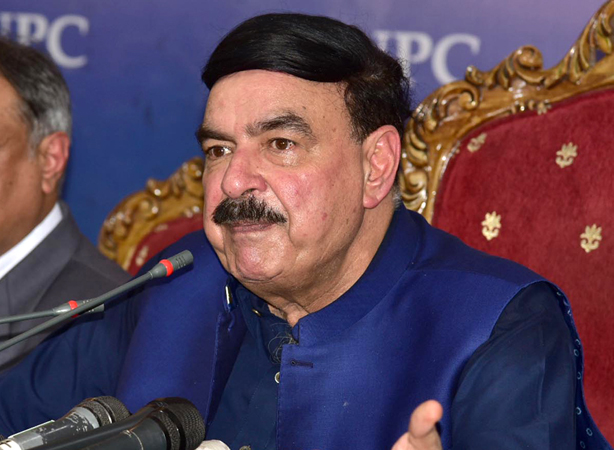 ISLAMABAD: Federal Minister for Interior, Sheikh Rasheed Ahmed on Thursday made a statement that the Punjab Police is successfully handling the investigation of the Johar Town, Lahore blast incident.

In a video statement, the federal minister said Punjab Police was close to arrest the accused and would bring good news to people soon.

He said those who want to spread chaos in the country and bring pressure on Pakistan would fail in their motives.  “Pakistan will never come under any pressure”, he added.

Sheikh Rasheed said the Prime Minister Imran Khan’s government has brought political and economic stability in the country, defeating the COVID-19 challenges. “Such progress is not acceptable to the enemies of Pakistan, therefore, they have chosen the path of terrorism but will fail in their nefarious designs”, he said.

“The people of Pakistan will continue their journey of peace, stability and development in this country together with the Pakistan Army,” he noted.