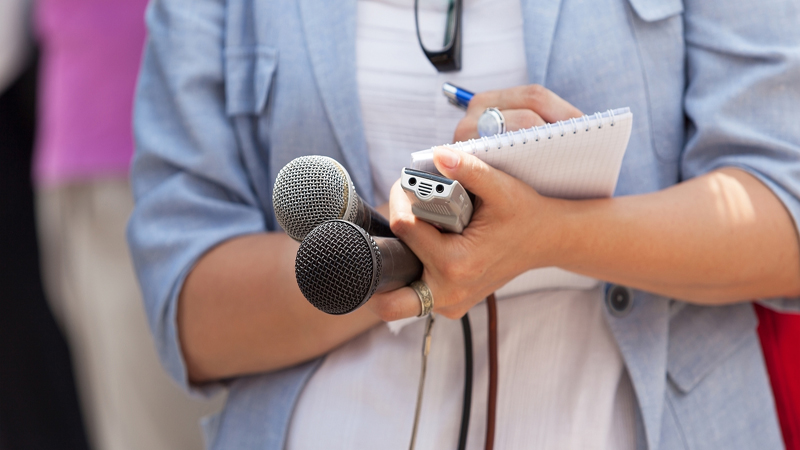 Three Serbian journalists faced threats and a smear campaign in pro-government media after they reported on issues related to the Srebrenica massacre, Reporters Without Borders (RSF) said Wednesday.

Belgrade still refuses to acknowledge the 1995 slaughter of 8,000 Bosnian men and boys — considered Europe’s worst act of bloodshed since World War II — as genocide, even though international courts labelled it so. Two weeks ago, UN judges upheld the life sentence of former Bosnian Serb military chief Ratko Mladic, who was convicted of orchestrating the massacre, while neighbouring Montenegro adopted a resolution strongly condemning the Srebrenica genocide. Three journalists who reported on those issues — Marko Vidojkovic, Dejan Kozul and Zeljko Veljkovic — were bullied and intimidated on social media, including threats like “I will slaughter you and your family”. Reporters Without Borders urged police protection for the journalists, adding that Serbian officials and pro-government media “played a role in creating a climate for these attacks”.

According to RSF, Veljkovic was discredited on pro-government media, while Kozul was labelled a “provocateur” by Serbian President Aleksandar Vucic. “We condemn both the online threats and attacks by politicians and the pro-government media”, Pavol Szalai, head of the Balkans desk of RSF, told AFP. “It (Srebrenica) is a sensitive issue for the Serbian society and it is precisely the reason why it’s necessary that it can be discussed freely in the media”, he added. Teresa Ribeiro, who works on freedom of the media at the Organisation for Security and Cooperation in Europe, condemned the threats, adding that online violence against journalists should be “immediately investigated and those responsible for it prosecuted”.

Serbian police said they have concluded that the threats Vidojkovic received came from Austria, and asked Interpol to investigate further. But Dejan Kozul, Belgrade correspondent of the Bosnian Federalna television channel, reported “hundreds of threats” to the police weeks ago, but no perpetrator has been identified. “That disturbs me more than the threats themselves, because you know that nobody protects you, nor wants to protect you”, Kozul told AFP. “It’s a pattern that all those who discuss genocide face. Journalists slightly more than others, because they do it publicly.”