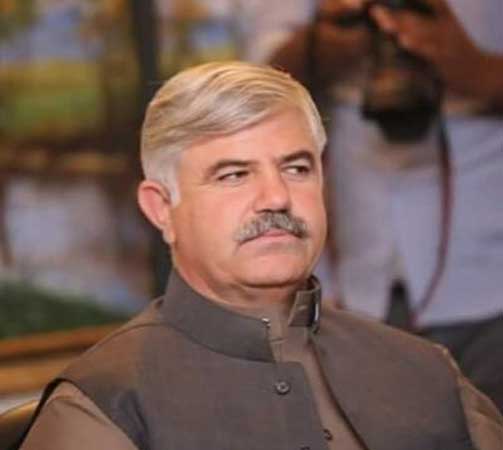 Chief Minister (CM) Khyber Pakhtunkhwa Mahmood Khan on Sunday hailed the next fiscal budget terming it as a guarantee to sustainable development of the province.

He expressed these views while talking to Provincial Minister for Labour and Culture, Shaukat Yousafzai and Special Assistant on Information, Kamran Bangash who called on him and exchanged views on next financial year’s budget particularly Annual Development Program.

Speaking on the occasion, the chief minister said the provincial government has focused on the development of all districts including newly merged districts, strengthening of all sectors especially education and health, and providing relief to every segment of society particularly government employees and the vulnerable segment of society in the budget 2021-22.

He further said the new budget would prove to be a milestone in bringing the less developed districts at par with the developed ones and bring about a positive change in the lives of people.

The chief minister said for the progress of less developed districts and eliminating development disparity among districts, a district development plan of Rs 61 billion had been designed under which over Rs 10 billion would be spent on development schemes in the upcoming financial year.

He further said to ensure effective service delivery in all social services sectors, result oriented initiatives had been proposed in the budget. He added that, construction, rehabilitation, and upgradation of more than 21000 schools, appointment of 20,000 schools teachers and 3,000 schools leaders, construction of 10,000 model class rooms, provision of furniture to schools costing over Rs four billion, recruitment of more than 4000 school teachers in newly merged districts, revamping of major hospitals of the province, upgradation of Basic Health Units and Rural Health centres, 100 percent increase in funds for providing free medicines in hospitals were included in the budget which would help in ensuring better service delivery at local level.

Mahmood Khan stated that huge funds had been earmarked for urban development, adding that for the provision of clean drinking water facility to citizens, rehabilitation and solarization of 2900 tube wells, construction of drains, renovation of 25 different cities, extension of sanitation services to other areas, expansion of rescue 1122 services and others were part of the budget.