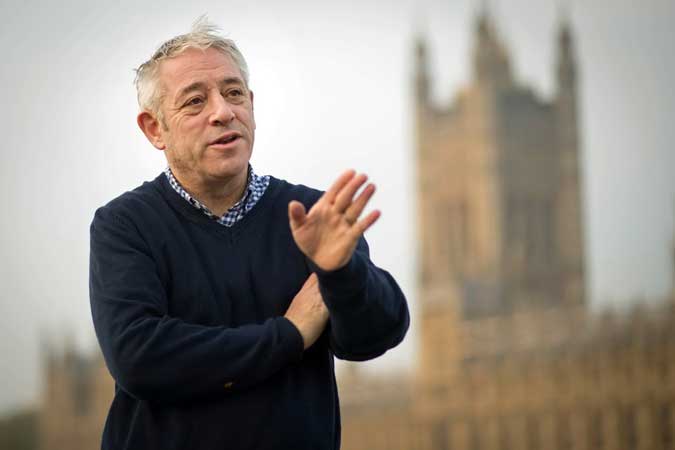 The colourful former speaker of Britain’s House of Commons John Bercow said he has left the Conservatives to join the opposition Labour Party, saying the country is “sick of lies” under Prime Minister Boris Johnson.

In an interview with the Observer newspaper published on Sunday, the former MP said the Conservative Party under Johnson was “reactionary, populist, nationalistic and sometimes even xenophobic”.

Bercow, who stepped down as speaker in October 2019 after 10 years, said he joined the Labour Party a few weeks ago because he shared its values.

“I am motivated by support for equality, social justice and internationalism. That is the Labour brand,” he told the Observer.

“The conclusion I have reached is that this government needs to be replaced. The reality is that the Labour Party is the only vehicle that can achieve that objective. There is no other credible option.”

In an interview with Sky News, Bercow insisted his decision was “not personal against Boris Johnson”.

But in scathing comments, he said Johnson had “only a nodding acquaintance with the truth in a leap year” and the way he treated parliament “with contempt” was “lamentable”.

Bercow also told The Observer the prime minister was “a successful campaigner but a lousy governor”, criticising policies such as cutting the international aid budget.