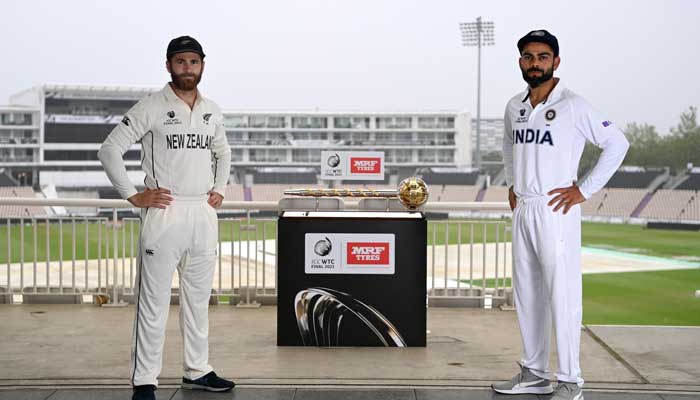 SOUTHAMPTON: Virat Kohli has cast doubt over whether the winners of the inaugural World Test Championship final between India and New Zealand can truly be considered the top international side, on the eve of the match in Southampton.

A two-year process designed to crown a Test champion and give fresh impetus to the oldest international format culminates in a five-day match starting on Friday and worth $1.6 million to the winning side.

New Zealand and India are the top two teams in the Test rankings but Kohli said on Thursday that a one-off game would not give a definitive answer as to who was the best.

“If you’re talking about Test cricket and deciding who is the best team in the world on one game over a period of five days, that is not the reality of the truth,” he said.

“It is not going to reflect anything for people who really understand the game and who know exactly what has gone on over the last four or five years and how the teams have fared.”

“We are striving for excellence every day.

“We step onto the field every Test match wanting to win and that is the most you can ask of your players — to stand up in tough situations and keep proving that you belong here and you take a lot of pride in playing for India. We are excited to take the field.”

What’s up for grabs

The ICC Test Championship Mace, which has been traditionally held by the No.1 team in Test cricket will go to the winner of this week’s final.

The winner will also be awarded a purse of $1.6 million, with the runner-up collecting $800,000. In the result of a draw, the prize money for the first and second will be split between the two sides and the Mace shared.