KSE-100: Lack of positive triggers pulls down index by 151 points 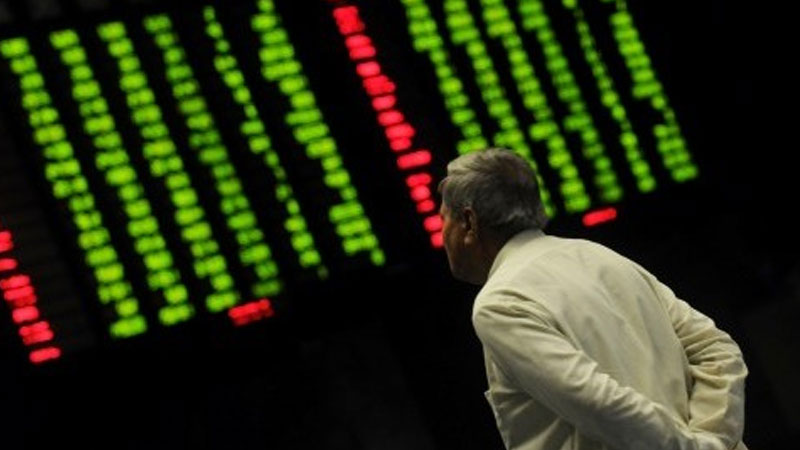 On Wednesday the benchmark KSE-100 index witnessed a range bound activity,as it witnessed a spike after the bell owing to a short buying spell in selective stocks, but failing to maintain the momentum, the index pared earlier gains and ceded ground to the bears. The index traded in a range of 453.35 points or 0.93 percent of previous close, showing an intraday high of 48,880.02 and a low of 48,426.67.

During the session Market Capital decreased by Rs.31.38 billion, while total value traded decreased by 5.76 billion to Rs.22.41 billion.

As per the National Clearing Company of Pakistan limited (NCCPL) foreign investors were net sellers of worth $2.17 million worth of shares.

Among local investors, Mutual Funds and Brokers led the selling chart, which offloaded $3.8million, $1.75 million worth of equities.

However, Individuals and Banks led the buying chart and mopped up about $6 million and $1.7 million worth of equities.

During the session, sectors which dented the index were Cement with 55 points, Commercial Banks with 34 points, Chemical with 24 points, Fertilizer with 17 points and Engineering with 16 points.

Among the scrips, the most points taken off the index was by ENGRO which stripped the index of 21 points followed by Pakistan Petroleum Limited with 18 points, Colgate Pakistan with 15 points, K-Electric with 14 points and DG Khan Cement with 14 points.

However, sectors propping up the index were Textile Composite with 26 points, Tobacco with 18 points, Power Generation & Distribution with 13 points, Leather & Tanneries with 9 points and Refinery with 4 points.