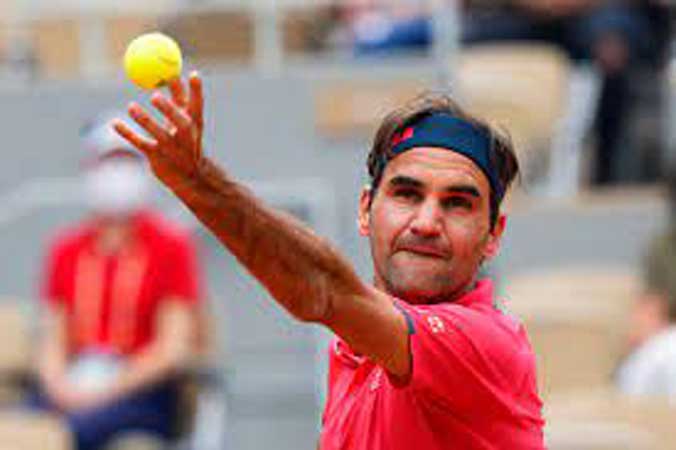 BERLIN: Roger Federer suffered a setback in his preparations for Wimbledon after crashing out of the second round of the ATP grass court tournament in Halle on Wednesday. Federer, who will bid to win a ninth title at Wimbledon which starts June 28, suffered a shock 4-6, 6-3, 6-2 defeat to 20-year-old Canadian Felix Auger Aliassime, who is almost half Federer’s age. “It’s amazing, for sure I didn’t expect this,” Auger Aliassime told Eurosport after beating one of his heroes at the first attempt on the ATP tour. “I wanted to win, but Roger Federer is my idol and it was a huge honour to play him.” Federer is exactly 19 years older than Auger Aliassime as the pair share the same birthday on August 8, while the Swiss ace turns 40 this year. Federer had pulled out of the fourth round of the French Open last week to give himself extra rest after two operations on his right knee in 2020 and a year of rehab. Halle is his traditional grass court warm-up event before playing at Wimbledon and he won the tournament played near Bielefeld for the tenth time in 2019.