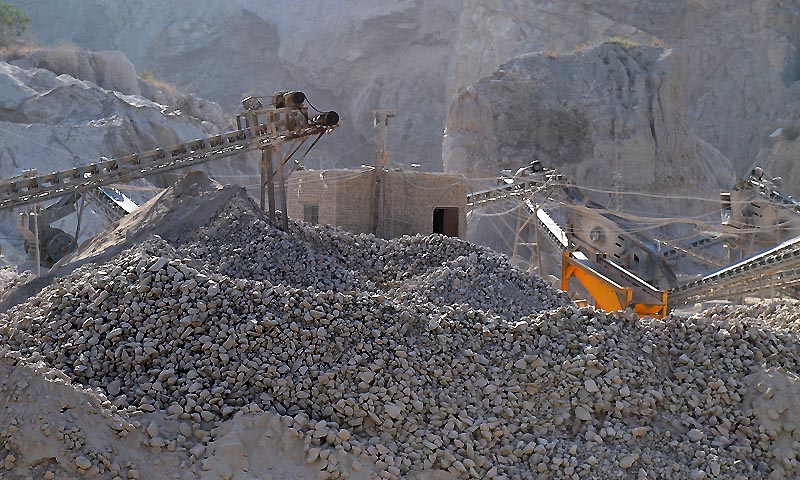 The Supreme Court on Tuesday directed the Khyber Pakhtunkhwa (KP) government to submit its response on new legislation regarding stone crushing.

During the course of proceedings, the counsel observed that the KP government enacted new legislation despite a lawsuit pending. Justice Mansoor Ali Shah said that the stone crushing was an important issue. The Supreme Court issued an order in September 2020 which was not implemented, he added. A representative of the local population said that the provincial government was not taking action as various members of the assembly had stone crushing machines. Everyone raised issues about pollution in Lahore but Pollution in Abbottabad was much higher than Lahore, he added.

Justice Bandial said that the Supreme Court had asked the Khyber Pakhtunkhwa government to act in accordance with international standards.He said that the local residents had also attached photos with their application.

Justice Mansoor said that there was no reason to reduce the distance.The Additional Advocate General said that according to the environment department the distance of 300 meters was appropriate.

Justice Bandial said that the high court removed the power to reduce the distance. He said that pollution could be further controlled with the advent of new technology. According to the report, the vibration of stone crushing went up to 260 meters and the sound went up to 300 meters, he added.

The counsel for the residents said that the new rules require a distance of 500 meters from urban areas and 300 meters from rural areas.

Justice Bandial added that an appeal against the decision of the high court was pending, so how did the provincial government legislate new law in the provincial assembly.

The Supreme Court issued notice on the new rules and adjourned the hearing till date in office.