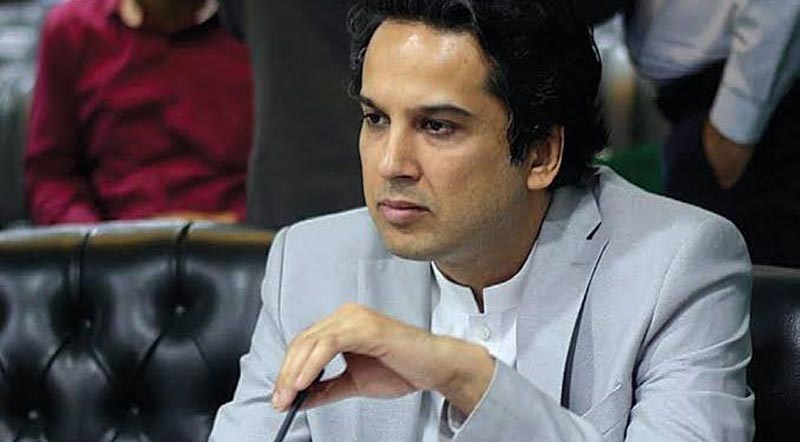 Hashim-Jawan-BakhtFinance Minister Makhdoom Hashim Jawan Bakht on Monday presented provincial budget for the fiscal year 2021-22 with a total outlay of 2,653 billion, which is 18 % higher than that of the current year.

The session of Punjab Assembly started after a delay of two-and-a-half hours, with Speaker Chaudhry Pervaiz Elahi in the chair. Before the speech of finance minister, Speaker Elahi congratulated the MPAs for having shifted to the new house of Punjab Assembly. He also urged the opposition lawmakers to remain calm during the budget speech as it is their new House and they all should behave diligently.

The total outlay of budget has been set at Rs 2.653 trillion, including an annual development programme (ADP) worth Rs 560 billion. Much-anticipated 10% increase in salaries and pension of provincial employees was also announced. The minimum wage of workers has been increased from Rs 17,500 to Rs 20,000 in the budget.

A hefty amount of 442 billion has been earmarked for education, which is 51 billion greater from the ongoing year. More than 8,000 primary schools will be upgraded and an amount of 6.5 billion has been allocated for the up-gradation of schools.

In Punjab, seven new universities have also been proposed that will be established in Sheikhupura, DG Khan, Kasur, Bahawalnagar, Toba Tek Singh and Muzafargarh. An amount of 15 billion has been earmarked for the development schemes of higher education.

An amount of Rs 99 billion has been set aside for the development schemes of all the districts of the province. The government has also proposed allocation of over Rs28 billion for the mega projects of Lahore, including the establishment of a new 1000-bed modern hospital, a surface water treatment plant, underpasses, and flyovers. The government has earmarked Rs 3.5 billion for industrialisation and completion of work in the existing industrial estates. Moreover, Rs10 billion has been set aside for soft loans of the Punjab Rozgar Scheme.

In order to control artificial inflation, the government has established the Model Bazaar Authority and allocated Rs 1.5 billion for the establishment of model bazaars across the province. The government has earmarked Rs 58 billion for road infrastructure. Other than this, Rs 39 billion will be spent from the Public Sector Development Programme (PSDP) and Rs 8 billion allocated under CM Road Rehabilitation Programme. In total, over Rs 100 billion will be spent on road infrastructure in the next fiscal year.

For low-income housing project, an amount of Rs 3 billion has been allocated in the budget under the Peri-Urban Housing Scheme. For water and sanitation projects, the government has allocated Rs 9 billion through which it will establish wastewater treatment plants in Lahore, Faisalabad, Sialkot, and other megacities alongside solid waste management and drinking water projects.

The opposition legislators continued usual tactics of thumping desks, blowing whistles and chanting slogans against the government. They also tore apart copies of agenda while displaying placards inscribed with anti-government slogans. The finance minister continued the budget speech undeterred despite the deafening noise throughout the proceedings.

The opposition lawmakers led by PML-N stood from their seats and chanted slogans against the government. The women lawmakers of PML-N including Hina Pervaiz Butt, Uswa Aftab and some others gathered near the seat of Chief Minister Sardar Usman Buzdar while chanting slogans against the government. Some MPAs of PML-N also threw papers towards CM which perturbed Law Minister Raja Basharat who came from his seat and had some arguments with Chief Whip of PML-N Khalil Tahir Sandhu. PML-N’s Samiullah Khan, Rana Mashhood and Sandhu were seen giving directions to the women MPAs regarding the mode of the protest. Mian Mujtaba, Mian Rauf, Mirza Javed and Tariq Masih Gill were blowing whistle continuously while making the environment very noisy.