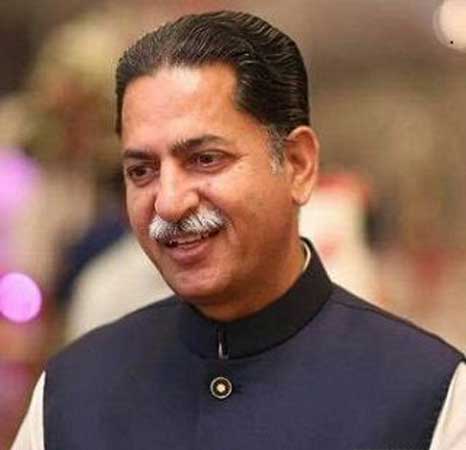 The Sessions Court in Lahore on Wednesday granted bail to Member of National Assembly (MNA) and PML-N leader Javed Latif in a sedition case.

An FIR was registered against the PML-N MNA for allegedly defaming state institutions and for delivering hateful statements. He was arrested on April 27 after the public prosecutor had requested the sessions court to revoke Latif’s release on bail. After Latif’s interim bail was dismissed, the police had arrested him from the courtroom.

During the proceedings on Wednesday, Latif’s counsel implored the court that his client had been implicated in a forged case merely to humiliate and embarrass him as he has nothing to do with this case. The prosecution argued that the accused PML-N leader defamed state institutions through his statements on a TV show. The prosecution also argued that the bail plea of the accused be dismissed.

Additional Sessions Judge Hafeez-ur-Rehman heard the application and approved the bail, with a condition that he submits bail bonds worth Rs200,000. The sessions court reserved the judgment and announced it later in the day.

PML-N Vice President Maryam Nawaz welcomed the development and said Latif’s political stature had boosted after his arrest and the troubles he went through in the last few months. “Truth and bravery are the only ways to achieve success,” she added.

Police had on March 19 registered a treason case against Latif for allegedly hurling insults at the state and against state institutions. The FIR had been registered on the complaint of Jameel Saleem under sections 120, 120B, 153, 153-A, 500 and 505(I) (B) and 506 of PPC. In the FIR, it was stated that Latif hurled insults at the state, its institutions and its integrity, sowed the seeds of hatred in the minds of PPP and PML-N workers and spread chaos and panic among people by his statement.

The PML-N leader had violated criminal, national and constitutional laws by making the statement against national security and state institutions on a TV show.