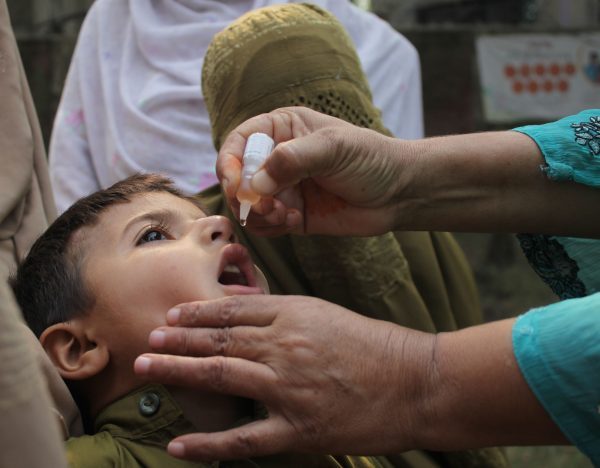 KARACHI: The anti-polio campaign is being launched in Sindh from June 7th till the 13th, and in this seven-day long campaign, 9.4 million children in all 30 districts of the province will be vaccinated against the polio virus.

Regarding the polio campaign, a meeting of the Provincial Task Force for Polio Eradication was held at the Sindh Secretariat under the co-chairmanship of Chief Secretary Sindh Syed Mumtaz Ali Shah and Provincial Health Minister Dr Azra Pechoho on Saturday.

The meeting was attended by Health Secretary Dr. Kazim Jatoi, all Divisional Commissioners, Deputy Commissioners, PPHI, WHO, EOC representatives and other officials.

It was informed in the meeting by the Health Department that the concerned authorities have held pre-campaign meetings in 30 districts of the province regarding the polio drive and the training of polio workers has been completed. All polio workers have been provided with facemasks, PPEs and other necessary facilities while being informed about the measures to prevent heat stroke.

Syed Mumtaz Ali Shah said that people should cooperate with polio workers and vaccinate children up to five years of age against the polio virus.
“The Home Department should ensure security arrangements during the polio campaign”, he directed.

Provincial Health Minister Dr Azra Pechoho said that the role of social mobilizers and influencers should be made more effective to persuade parents who refuse polio drops. She appealed to all parents to vaccinate their children from birth till the age of 5 years to fight against the virus.

The provincial minister added that more than 71,000 polio workers in the province would be part of the campaign.

The Representatives of WHO and National Emergency Operations Center (EOC) who participated in the meeting through video link appreciated the performance of the Sindh government in the polio campaign and assured their full cooperation.