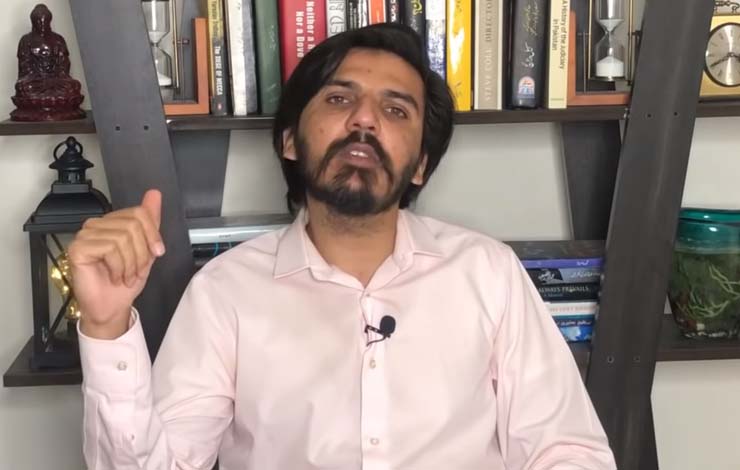 While politicians and journalists came in drove condemning the attack on Asad Ali Toor, journalist and Youtuber, social media was full of posts (unfortunately) creating doubts about the incident.

This is not happening for the first time in Pakistan. A good chunk of the social media activists sees the attack on Malala Yousafzai by Taliban militants as a dubious affair.

When the news broke about the attack on Asad Toor who was assaulted by unidentified assailants outside his residence in Sector F-10 late on Tuesday night, the social media started reacting to it.

CCTV footage shows three men leaving the journalist’s apartment in a hurry. Another clip shows Toor, struggling as he walks out of his apartment and neighbors untie him and help him.

The journalist was taken to a private hospital and images of his bleeding elbows were posted by several people. Later, it was reported that his condition is stable.

The matter gained popularity on social media however, the platform seems divided. Some are blaming the military establishment while others are claiming that the incident was staged.

Bilawal Bhutto-Zardari tweeted on the matter saying that this incident will only allow Toor’s voice to grow “stronger and louder”.

The attack on @AsadAToor in Islamabad is highly condemnable. His voice will only grow stronger & louder. The regimes cowardliness on full display when journalists and freedom of the press are under attack . We demand a full & transparent enquiry to expose the truth.

Maryam Nawaz Sharif stated her shock and sent prayers to the journalist in a retweet.

OMG! This is shocking! May Allah protect him. I hope he is out of danger. https://t.co/al8K7XVCht

Moreover, Fatima Bhutto an acclaimed author and niece of the former Prime Minister Benazir Bhutto condemned the attack in a tweet.

Attacks against journalists are unacceptable. Pakistan has a courageous press community, they must be free, safe and protected.

Amnesty International also took notice of the incident and tweeted on the contrasting incidents of presentation of the Protection of Journalists Bill in the National Assembly and the attack on Toor.

PAKISTAN: In the same week as the presentation of the Protection of Journalists Bill in the National Assembly, @amnesty notes with grave concern the violent attack on journalist @asadatoor in his own home.

Last year, the journalist was accused of defaming the military and faced charges against him. The FIR lodged against him accused him to indulge in propaganda against Pakistan and its institutions on social media. However, the Lahore High Court absolved him of the charges as no evidence was found to support the charges.

Many from the opposing camp on social media have accused the journalist of staging the brutal attack. As a reply to tweets condemning the attack, many have said that the attack was staged for ulterior motives. The public’s opinion is divided. Although most are condemning the attack and have vowed to stand with Toor, many have taken it as an attempt to falsely malign state institutions.

Journalists of Pakistan will keep repeating this type of Dramas unless western world will stop giving them asylum on one pretext or other. They stage these dramas to get sympathy and blame state institutions, and ask foreign embassies that their lives are in danger. 😷😷😷😷