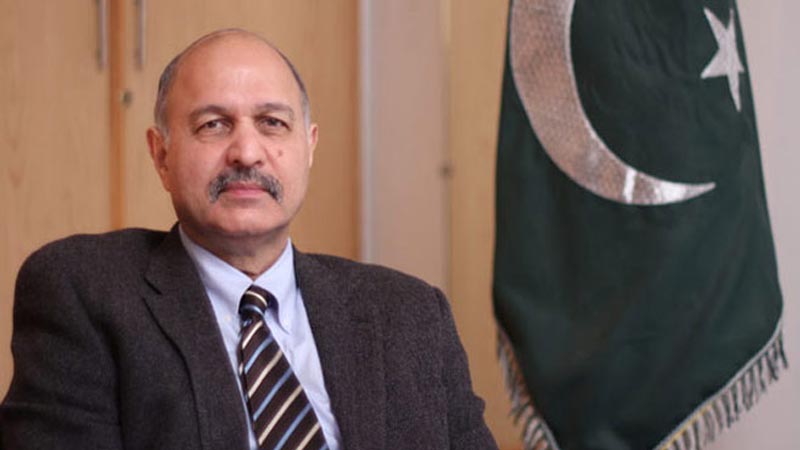 ISLAMABAD: “Pakistan is in dire need of a national political dialogue to mitigate the key issues plaguing the country’s education system in the aftermath of the pandemic.”

These views were expressed by senior journalist Zarrar Khuhro while moderating a national dialogue aimed at generating a discourse around Pakistan’s education priorities. The virtual dialogue was organized by Education Champions Network, a platform of 12 civil society organizations advocating for 12 years of free, equitable, quality education for every girl in Pakistan. Senior political representatives from across the country who participated in this event included Senator Mr. Mushahid Hussain Syed and MPAs Madiha Nisar and Zeenat Bibi from Khyber Pakhtunkhwa, Shamim Aftab from Punjab and Rabia Azfar from Sindh.

Public financial management expert Asim Bashir Khan while speaking at the forum pointed at the urgent need for an increase in the country’s education budgets.

“An estimated investment of Rs. 12 trillion is needed over the next 10 years to ensure every out-of-school child in Pakistan is finally in schools. At the current rate of investment, it will take Pakistan 45 years to merely overcome the backlog of the 22.8 million children who were out of school prior to the pandemic.”

Senator Mushahid Hussain Syed felt that a lack of political will rather than resources was primarily responsible for the persistently low priority accorded to education.

“The feudal mindset that continues to dominate the political landscape in Pakistan needs immediate redressal if we are serious about honouring the constitutional promise of providing free and quality education to every Pakistani child”. He pledged to raise the issue of the country’s lukewarm funding to the education sector in the Senate.

Despite the pandemic and the fairly recent merger of Khyber Pakhtunkhwa with erstwhile FATA, KP was able to increase its education development budget by 43% during the fiscal year 2020-21. At the same time Punjab and Balochistan introduced cuts worth 19% and 27% respectively. In the same vein, Khyber Pakhtunkhwa has also been allocating 70% of its education development expenditure to improve girls’ access to education for the last two consecutive years while other provinces are yet to follow suit.

Highlighting the province’s exceptional performance, Chairperson of the Provincial Standing Committee for Higher Education Madiha Nisar shared, “We have been closely following reports by the international donors according to which close to 1 million children have already dropped out of schools during the pandemic and an estimated 700,000 are further feared to drop-out. We, in Khyber Pakhtunkhwa, are very mindful of this alarming situation and are hopeful to introduce a healthy increase in the province’s education development budget to mitigate this impending crisis.”

During the past decade Sindh has been successful in allocating a significant chunk of its annual budget for education; its education portfolio standing second only to Punjab. However, despite this huge investment, Sindh’s performance vis-à-vis enrolment and retention rates, teacher training, construction and upgradation of schools along with addressing the issue of missing facilities has remained among the bottom 3 regions of the country.

Commenting on this dichotomy, MPA Rabia Azfar said, “To begin with, a very small portion of Sindh’s overall education budget is earmarked for development initiatives; over 80% of it is consumed in salaries and other administrative expenses. No meaningful change in the province’s education indicators can be introduced without increasing its education development budget”.

Enhanced investment in the underfunded education sector is urgently required to make education accessible to the country’s most marginalized learners including girls and children with disabilities. This would include enhancing the current ambit of scholarship, stipend and/or conditional cash transfer programs for out-of-school children in addition to building new infrastructure and teachers’ training, especially at the secondary level. It is also needed to pilot and mainstream blended and alternate learning solutions to make Pakistan’s education system resilient against future shocks such as the ongoing pandemic.