No promotions this year: board exams to be held after June 20 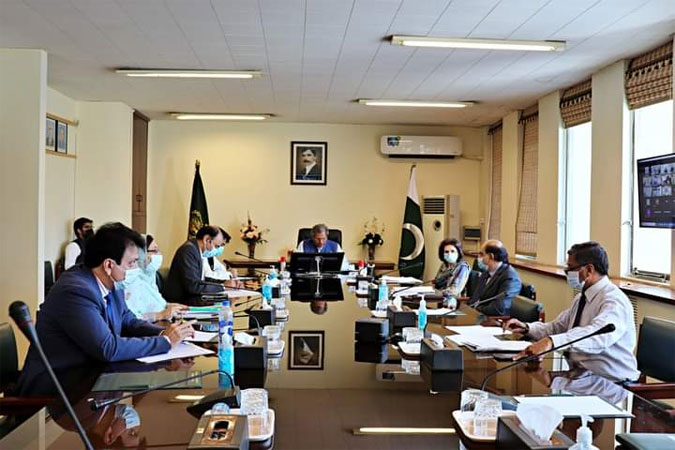 The Inter-Provincial Education Ministers Conference (IPEMC) on Monday decided to hold examinations of classes 10 and 12 after June 20, a statement from the Federal Ministry of Education and Professional Training said.

Summer vacations, according to an official press release issued after the meeting ended, will be limited and province will decide how many leaves to grant as they see fit.

The meeting reviewed the latest Covid-19 situation in the country. It decided to hold examinations in the country after June 20; however, provinces would finalise the dates of the exams.

Chairman Inter-Provincial Education Ministers Committee Shafqat Mahmood urged all federal units to ensure timely vaccination of teachers, supervisory staff, and other administrative staff. Those who do not have vaccination certificates will not be called for invigilation, the meeting decided.

The National Education Assessment Framework was also shared with the provinces during the meeting, after which the ministers gave their approval for it.

The federal government has allowed educational institutes to resume in-person learning from May 24 in districts where the COVID-19 positivity ratio is less than 5%. In its previous meeting, the IPEMC had decided to hold exams in the country after June 15. “The respective boards will announce the exact dates, but in principle, exams will start after June 15 with priority to grade 12 and 10 to be followed by 11 and 9,” Mehmood had said in a tweet. “Intermediate and Matric exams would be given priority so that results can come in before university admissions,” he had said.

The announcement came as national tally of total active Covid-19 cases hit 62,917, with 3,060 more people tested positive for the deadly virus on Monday. Fifty-seven corona patients died on Monday, 52 of whom were under treatment in hospitals and five in their respective quarantines or homes, according to the latest update issued by the National Command and Operation Centre (NCOC).

Most of the deaths occurred in Khyber Pakhtunkhwa, followed by Punjab. Out of the total 57 deaths, 17 died during treatment on ventilators. There are 4,367 Covid infected patients under treatment in critical care in various Covid-dedicated healthcare facilities. The national positivity ratio has been recorded at 5.21 percent.

The maximum ventilators are occupied in four major areas including Lahore 43 percent, Multan 67 percent, Bahawalpur 40 percent and Peshawar 35 percent. The maximum oxygen beds (alternate oxygen providing facility other than ventilator administered as per medical requirement of Covid patient) are occupied in four major areas of Bahawalpur 37 percent, Swabi 47 percent, Peshawar 39 percent and Multan 59 percent. Around 506 ventilators are occupied elsewhere in the country while no Covid-affected person was on ventilator in Azad Jammu and Kashmir (AJK), Gilgit Baltistan (GB) and Balochistan.