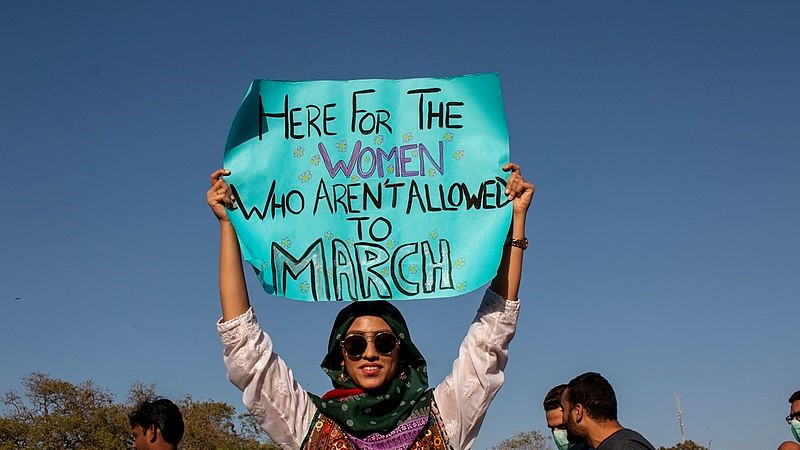 In 1998, Fortune magazine added another dimension to their much-anticipated yearly lists – a list of the world’s 100 most powerful women. This month, the US’s Fortune 500 announced yet another milestone – listing two black women as CEOs. All this in a country where many years after the women’s suffrage movement led to securing women’s right to vote in 1920. Fast forward to 2021 and the United States announces its first female Vice President.

But what is the reality for half of Pakistan’s population today? In the most recent Global Gender Gap Report by the World Economic Forum, Pakistan is ranked among the four worst countries in the world (153rd out of 156), after Iraq, Yemen and Afghanistan, in terms of gender parity – a measure of true equality in society.

But I do not represent 98 percent of the women in my country because the poor trends in economic participation and opportunity, educational attainment, health and survival, and political empowerment does not allow them to do so.

Despite a wide array of national policies against harassment of women at the workplace, honor killings and rapes, and towards education, health, employment, and empowerment packages, enforcement of these laws and policies remain extremely weak and in most cases absent.

COVID has further exacerbated a situation that was already alarming. Pakistan is part of a host of countries that has gender gaps in managerial positions as large as 80% or more. Women make up only 5 percent of all managerial positions in Pakistan – a 95 percent gap in gender parity, leading also to stark differences in income between men and women with women earning 16 percent less than the average man. During COVID, ILO suggests 5 percent of already very few women employed have lost their jobs. With school closures and limited care facilities, women have also had extreme challenges in maintaining a work-life balance with a ‘double-shift of paid and unpaid work in a country where most of the burden of child-rearing is unfairly put on the woman.

To develop more inclusive policies to resolve the issues above, women must be represented on the drawing board, occupying key seats in the political arena – but they are not.  The gender gap in political empowerment remains the largest across all 156 countries covered by the index, with women representing only 26.1 percent of some 35,500 parliament seats and just 22.6 percent of over 3,400 ministers worldwide. Even in Pakistan where we can proudly claim we had a female Prime Minister before many other countries, there is a decline in the share of women ministers from 12 percent to 10.7 percent.

Let us learn from New Zealand – a country that leads in gender parity in politics with one of the highest women’s representations in parliament (almost 50 percent). It is also one of the first countries in the world where women won the right to vote and is now home to the youngest, female Prime Minister. From passing an Equal Pay Amendment Bill to ensuring paid leave after miscarriage to increasing the length of paid parental leave, fairer policies are made when you have a more representational government body.

Beyond gaps in economic and political participation, Pakistani women score low in education, health, survival, and many more measures. It is no surprise then that these global rankings have led many women and men to march on the streets, raise their voices and ask for a detailed ‘Charter of Demands’ around exactly those rights that we staunchly need that is economic justice, education, healthcare, civil liberties, and political participation.

All of the following begs these questions – why were many so staunchly against the Aurat Azadi March but so quick to post on Instagram for Kashmir? We all raced to march for the recent Israel-Palestinian clashes but claimed marching doesn’t do anything when it’s for the rights of our women? Why are we quick to demand rights when it comes to speaking up against the ‘enemy’ but avoid fighting for mass gender rights at home? Have you ever looked at an all-man company board room and asked your CEO why that’s the case?

Our progress as a country depends on the state of women’s rights and our collective effort to continue fighting the right fight, elevating attention on these issues and demanding concrete policies, many already there, to be enforced. All this to fulfill a dream where one day we wake up to frontpage news of our rankings: ‘Pakistan’s 100 most powerful women’.