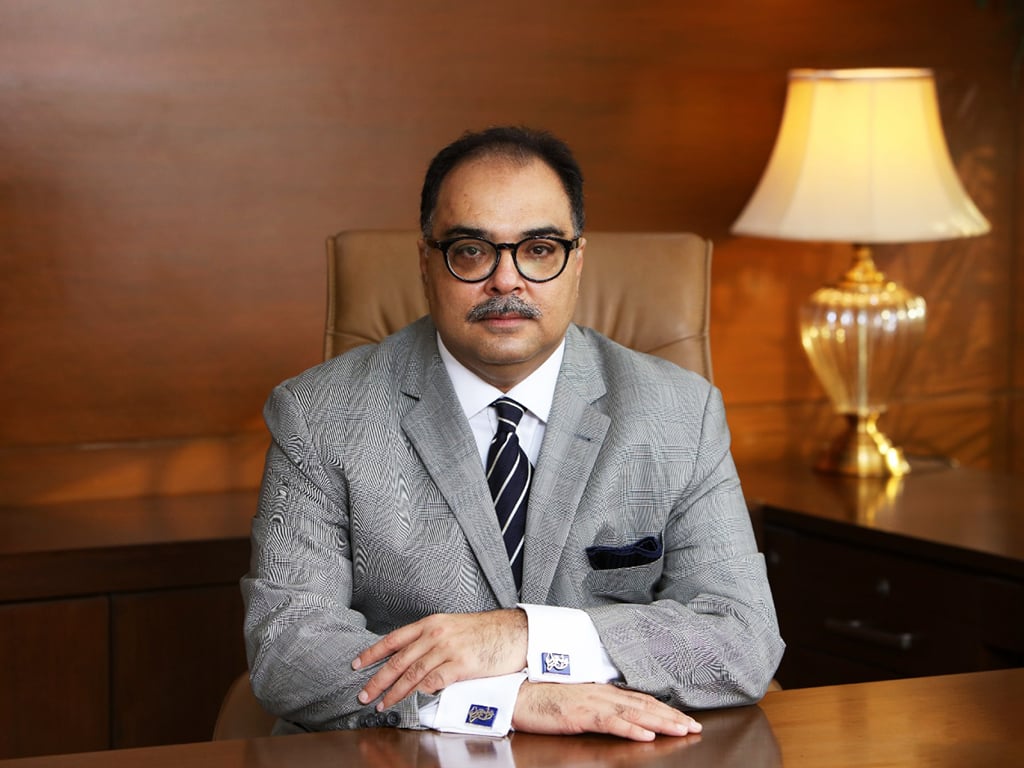 Buying or owning a home is an emotional decision, and is a dream come true particularly for middle and lower income families, as home ownership can greatly improve living standards for them and provide necessary safety and security.

Housing is an integral and vibrant part of any economy and it acts as a stimuli for growth by creating jobs and attracting investment through extensive and inclusive value chain. Not only in Pakistan but governments across the globe are aggressively working on promoting Housing and Construction sector due to it’s far-reaching social and economic influence.

Various  housing  sector  surveys  reveal  that   currently  Pakistan  is   facing   a housing backlog of almost 10 million units; 4 million of which is in urban areas alone. This backlog is increasing at a rate of 0.7 million units every year and thus shortage is expected to grow over 13 million by 2025. According to State Bank of Pakistan (“SBP”), the demand for urban housing is going up by 350,000 units every year, against which merely 150,000 units are being supplied. More than 60% of the housing demand is coming from low-income segments, while the supply is predominantly catered to middle and upper middle-income groups. Therefore, there is an even greater mismatch in the provision of low-income housing. The situation becomes more complex due to feeble access of borrowers to mortgage financing.

The Government of Pakistan (“GoP”) has launched Naya Pakistan Housing Program to solve the housing needs specifically for the lower income groups. The Government has constituted NAYA Pakistan Housing and Development Authority (“NAPHDA”) as a governing body to put in place required policy interventions and much-needed enablers. This will reap multiple benefits as envisaged by the Prime Minister. It will, interalia, help fulfill Government’s promise of creating millions of jobs; of these, an estimated 20 jobs per house will go to unskilled, semi-skilled and skilled category. Another 1 to 1.5 million jobs will be created within related industries. This initiative alone, due to its enormous potential, will kick-start the economy. It is anticipated that the contribution to the country’s economy from the housing sector, allied industry and services would be significant.

Low Cost Housing, in particular, is a vast area where no or little work has been done in Pakistan in the past. However, housing has now a priority initiative of the Government and SBP is playing a pivotal role through policy intervention and monitoring to facilitate and ensure enabling mortgage financing environment. For banks, lending to the sector remains a challenge owing to various reasons, including income evaluation for informal/ undocumented sector, demand and supply gap of housing units, unplanned and unapproved constructions at various sites, tedious documentation and inconducive mortgage charge creation process, etc.

The banking sector has a major role to play in order to make this initiative a big success. The projects shall be completed by builders with their own funds or by obtaining loans from the banks. The end consumers will inject a small amount towards equity, rest would be financed by the Banks in the shape of mortgages, both in conventional or in shariah-compliant modes. The mortgage financing will be repaid by homeowners over the tenor of loan/ financing which could be as long as 20/25 years. The objective is to bring the installment as close as possible to the rent currently being paid by the prospective homeowners. Moreover, banks may consider clubbing of income up to four bread-earners of a household to provide funding to an applicant under the program.

With the support of NAPHDA, SBP has also announced Governments Markup Subsidy Scheme (“G-MSS”) for Low Cost Housing or Economy Housing. This scheme aims to provide opportunity to lower and middle class segment of our economy to benefit by having a better portion of disposable income to be spent on their necessities of life, i.e., Food, Health, Education, and overall well-being. Under this scheme, three tiers of borrowers, and financing, have been introduced with markup ranging from 3% to 9% for first 10 years depending upon the tier and type of the loan. Government has also recently introduced to whereby loans/ financing of housing units is available through microfinance banks under non-NAPHDA projects.

Housing Finance through formal sectors currently stands at ~3% of total private sector credit, while SBP aims to take it to ~5% by December 2021 and may increase it further going into the future, given the importance of this sector for the economy in general and for the growth of banking industry in particular. SBP has introduced a very effective carrot & stick approach to achieve this objective. In this respect, quarterly targets have been assigned to the banks and performance of the banks for financing in this sector, including under G-MSS, is being monitored by SBP on a fortnightly basis through a steering committee of selected banks, headed-up by the Governor himself.

The Bank of Punjab (“BOP”) is playing it’s due role in this regard and has taken following key pioneering earnest steps:

Going into future, BOP is focused on promoting mortgage financing, along with SME and Agriculture, in a very big way, as that would be our ticket to growth and reach into the league of top five banks in the next five years. Being a public sector bank, these’re one of our top most priority initiatives, any ways. Our board is fully committed towards the development of these sectors, particular affordable or economy housing, and the management has constituted a Group in the name and style of “Retail & Priority Sectors Lending” for a more concerted approach and delivery in this space.