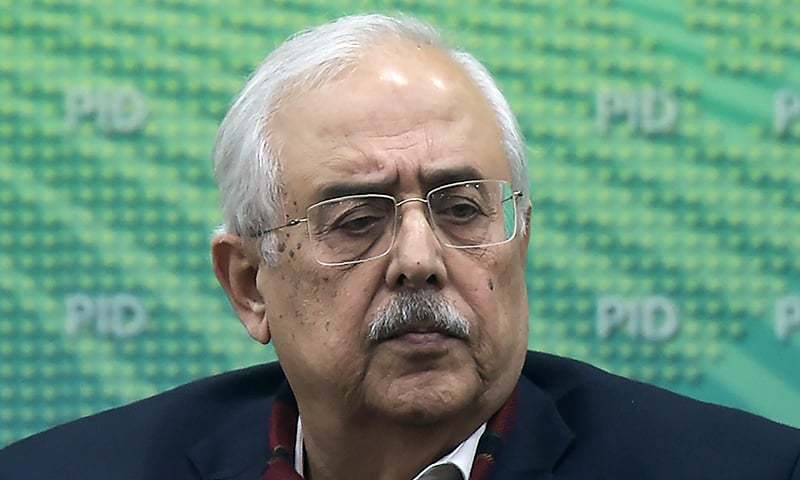 Sarina Isa, wife of Justice Qazi Faez Isa, a judge of the Supreme Court, has questioned the conduct of former Attorney General of Pakistan (AGP) Anwar Mansoor Khan over his remarks against her in a recent interview.

Sarina, in her two-page response on Wednesday, asked how the former AGP got a copy of the confidential report of the Federal Board of Revenue (FBR) chairman.”The chairman was not a party nor [he] filed his report in the court, so how did you get it?” she asked in the letter.

“Was the report prepared as [part of] a plan B?” she asked and added that, “referencing the report confirms that you are part of yet another conspiracy, the roots of which your own disclosure has unveiled.” Earlier in an interview broadcast on a YouTube channel, Mansoor reportedly alleged that Sarina opened a foreign currency account with another name.

On April 26, the Supreme Court set aside its earlier June 19 order in a majority decision and allowed a review petition in the Justice Qazi Faez Isa case. A 10-member full court bench headed by Justice Umar Ata Bandial accepted Justice Isa’s petition by a majority vote of 6-4. The apex court concluded its proceedings on Justice Qazi Faez Isa, his wife Sarina Isa and superior bars review petitions against the June 19 order wherein the matter was referred to the Federal Board of Revenue (FBR) to probe properties of Justice Isa’s family members.

On April 23, it was reported that SC Judge Umar Ata Bandial asked the federal government’s counsel to answer the questions that he had earlier posed to the petitioner judge, Justice Qazi Faez Isa, regarding his alleged nexus with family member’s foreign properties. As head of a 10-judge bench hearing a slew of petitions against the SC’s June 19, 2020 order, Justice Bandial asked Justice Isa to explain if he had any link with his wife Sarina Isa’s bank accounts and transfer of money through them after his appointment as the Balochistan High Court chief justice. In response to his queries, Justice Isa submitted a written statement in which he refused to answer these queries. Justice Isa said since Sarina and he had given no credence to FBR official Zulfiqar Ahmad’s order and the report of the FBR chairman with regard to his family’s properties, Justice Bandial should not have raised these questions. In its split order, the SC on June 19, 2020, quashed a presidential reference that sought Justice Isa’s removal over his failure to disclose his family members’ foreign properties in his wealth statement. However, seven of the judges had referred the matter to the FBR for an inquiry. The FBR has already submitted its report to the Supreme Judicial Council (SJC), the constitutional forum that can hold superior court judges accountable. The Supreme Court judge and his wife had challenged the apex court’s order on the presidential reference seeking the removal of Justice Isa for failing to disclose foreign properties of his family members.