After much backlash, the premier in his address on Tuesday apologised for his generalisations and judgements but alas, the damage has been done and the Foreign Office is left to fend for themselves 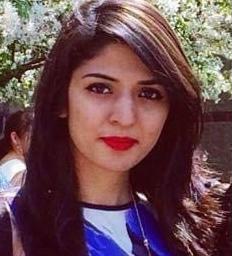 It was 11 pm on a rainy night and my father received a phone call from a Pakistani London-ite asking for help in issuing a new passport so he could attend his mother’s funeral in Pakistan. In his pajamas, the officer rushed to the consulate, resumed all consular services, and waited for the individual to arrive at 2 am in the morning so he could personally hand over the passport for a 6 am flight. When my 10-year-old self asked why my father would do this for a stranger, his response was “if not me, then who? A stranger he may be but I’m all they have in this helpless situation”. Later that month, the same individual was caught berating the embassy in a public event.

Fast forward to this year, Pakistan successfully repatriated more than 200,000 Pakistanis globally during a global pandemic like never seen before and this time it is the country’s leader in the gossip chambers.

The same hardworking officers, on Wednesday, were faced with Pakistan’s Prime Minister Imran Khan and his classroom-style live telecast to the nation (and the world) with sweeping judgements on the failures of an entire national service – his own, 403 officers of the Foreign Service. He went on to applaud the neighboring Indian Foreign Service, calling them ‘more proactive’, giving the Indian media much to celebrate about.

What should have been a closed-door, constructive meeting to assess how we can improve our services abroad by working together as a ‘collective’ for our countrymen or what could have been a public meeting but one that also sheds light on some successes of the service, ended up being a ‘shame and blame stunt’ for all our neighbors to see.

To start off, the leader quickly blamed the officers for not bringing enough Foreign Direct Investment, as if it was the sole ownership and responsibility of the Foreign Service. Textbook economics states that the key driver of foreign investments is the state of a country’s economy, its business regulations and enabling environment and most importantly – its stability. The Economist Intelligence Unit ranked Pakistan as 74 (out of 82 countries), the last place among 17 regional countries, in terms of its business environment, rooted in corruption and weak institutional capacity. In World Bank’s Doing Business rankings on enforcing contracts, the country ranks 156th, taking Pakistan 1,071 days to resolve a commercial dispute.

Furthermore, how do you sell, with credibility, a nation where one individual can handcuff the entire country and challenge the government, forcing them to block phones and social media to curb unrest? All this and more can undermine any country’s business environment and is out of one service’s control.

Later, the public address sees the Prime Minister reading off word-by-word complaints from ‘a citizen’s portal’ where disgruntled individuals offer their one-off views and experiences – never do you hear from those who were offered timely help and support. There’s always more than what meets the eye. Using anecdotal, biased evidence was an amateur move by the head of state.

What other approach could have rooted out the bad from the good apples, you say? How else could he have presented his country and its foreign service officers, most dedicating more than 20+ years of their life (not to mention the lives of their spouses and children) to Pakistan? Could he have placed Pakistan in a better light on the global arena, while still respecting his officers but proving his point? A stronger, real evidence-based speech through an investigation or inquiry in select few countries, or the entire service if resources and capacities allowed, was the better approach. Not only could a detailed inquiry identify the root of the problem, but it could also offer clear solutions to all. Broadcasting your challenges without a plan of action for remedies is a weak approach to problem solving. We could have delivered a dignified response for the world to see how we systematically monitor, evaluate, and approach our home-grown problems.

There is certainly broad agreement that there are some inefficiencies as there are in many – or as some would say are rampant in ‘most’ – institutions of the Pakistani government, but to generalise and berate an entire arm of your country is disappointing, demoralising and degrading, to say the least. A lesson in leadership is long overdue.

After much backlash, the Prime Minister in his address on Tuesday apologised for his generalisations and judgements but alas, the damage has been done and the Foreign Office is left to fend for themselves.

The writer is an International Knowledge Management and Communications Analyst at the UNDP HQ in New York. Previously, Yumna worked for UNDP China, UNDP Bureau of External Relations and Advocacy, UNDP Human Development Report Office and Innovations for Poverty Action. She has a Master’s in Public Administration from the University of Pittsburgh and a Bachelor’s in Economics and International Relations from Knox College.