Earlier this month, a group of Muslim nurses took over a chapel within the grounds of the Punjab Institute of Mental Health. Their sole objective was to raze it and turn it into a mosque. They reportedly began reciting Islamic prayers while threatening their Christian counterparts with (false) charges of blasphemy unless they converted to Islam. That this happened during the holy month of Ramzan makes it all the more deplorable.

Pakistan has been named, along with nine others nations, by the US as the worst violators of religious freedom. Since this country’s creation in 1947, we have fallen into the trap of pursuing the same policies that prompted the Muslims to carve out a separate homeland in South Asia. Furthermore, we have increasingly drifted towards a distorted version of Islam which we have been force-fed by a divided and misguided clergy driven by their own vested interests and who thrive on preaching bigotry and intolerance of other religions. Experience has shown that wayward addresses from pulpits have done more damage than good to the Islamic Umma.

It is a paradox that religion breeds both compassion and hatred. And visible hatred is more pronounced than compassion. Far too often, religion and faith, once sources of consolation, have now become triggers for hostility between majority and minority communities. Sadly, the social-bonding rituals of religion usually breeds disdain towards outsiders. Prior to the 19th century, the Indian subcontinent was a battleground of various faiths and beliefs. But the spread of humanism in Europe came to be felt in India under the stewardship of leaders like Ram Mohan Roy, Sir Syed Ahmad Khan, Mahatma Gandhi, MA Jinnah and Dr Mohammad Iqbal. Resultantly, the sharp edge of orthodox religion was blunted, giving rise to inter-religious harmony. Yet on the political plane, the age-old rivalry between Hindus and Muslims continued as before and culminated in the birth of Pakistan.

General Zia, in his enthusiasm to impose his own brand of Islam on the country, is always singled out as leaving indelible scars on the national psyche that will probably never fully heal; most notably through the introduction of the now notorious blasphemy laws. According to criminal jurisprudence, an offence bears three components. First, is mens rea (‘guilty mind’, that is, a person’s intention to commit a crime). Second, is the physical movement towards its commission. Third, is the execution of the crime itself. In the absence of one of these components, the offence cannot be proved against the accused. The case of S 295-C of the Pakistan Penal Code (PPC), which was introduced by an act of Parliament in 1986, made it a criminal offence to make derogatory remarks against the Holy Prophet (PBUH). However, those who framed this law — intentionally or unintentionally — omitted to include mens rea . The result being that an individual charged with this offence cannot avoid the death sentence as there is no wiggle-room to prove intention. Thus, this omission gives unbridled powers to law enforcement agents to implicate anyone, whether Muslim or non-Muslim, for the grave offence of blasphemy. Naturally, minority communities have the most to fear in this regard.

Most countries in the world have blasphemy laws on the books and Pakistan is no exception, with the origins for these provisions dating back to British rule. Yet, here, the problem lies in the inherent jurisprudential flaw in drafting S 295-C (PPC). Reforming this provision ought not to be difficult, in theory at least. After all, the military dictator under whose rule these draconian laws were introduced had no pretensions of either being a legal or an Islamic scholar. And since Parliament introduced the aberration of S 295-C, it naturally has the right to vote on its fate. This is the only way to accord full rights to Pakistan’s minorities, while also reining in the police.

It is unfortunate that under the government of Imran Khan, incidents targeting minorities are on the rise. The ruling PTI must come down hard on culprits and ensure punishment in accordance with the law. This is also essential to restore Pakistan’s image internationally; where we are seen as a nation of bigots and fanatics. The fact that no arrests have been made so far nor any action taken against those who forcibly occupied a Christian place of worship speaks volumes about our “fair” treatment of minorities. 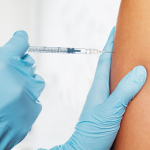