Marriyum, Tarrar, others also accused of pushing aside police officials at office 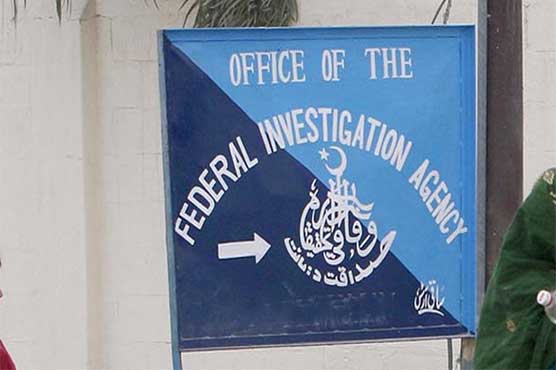 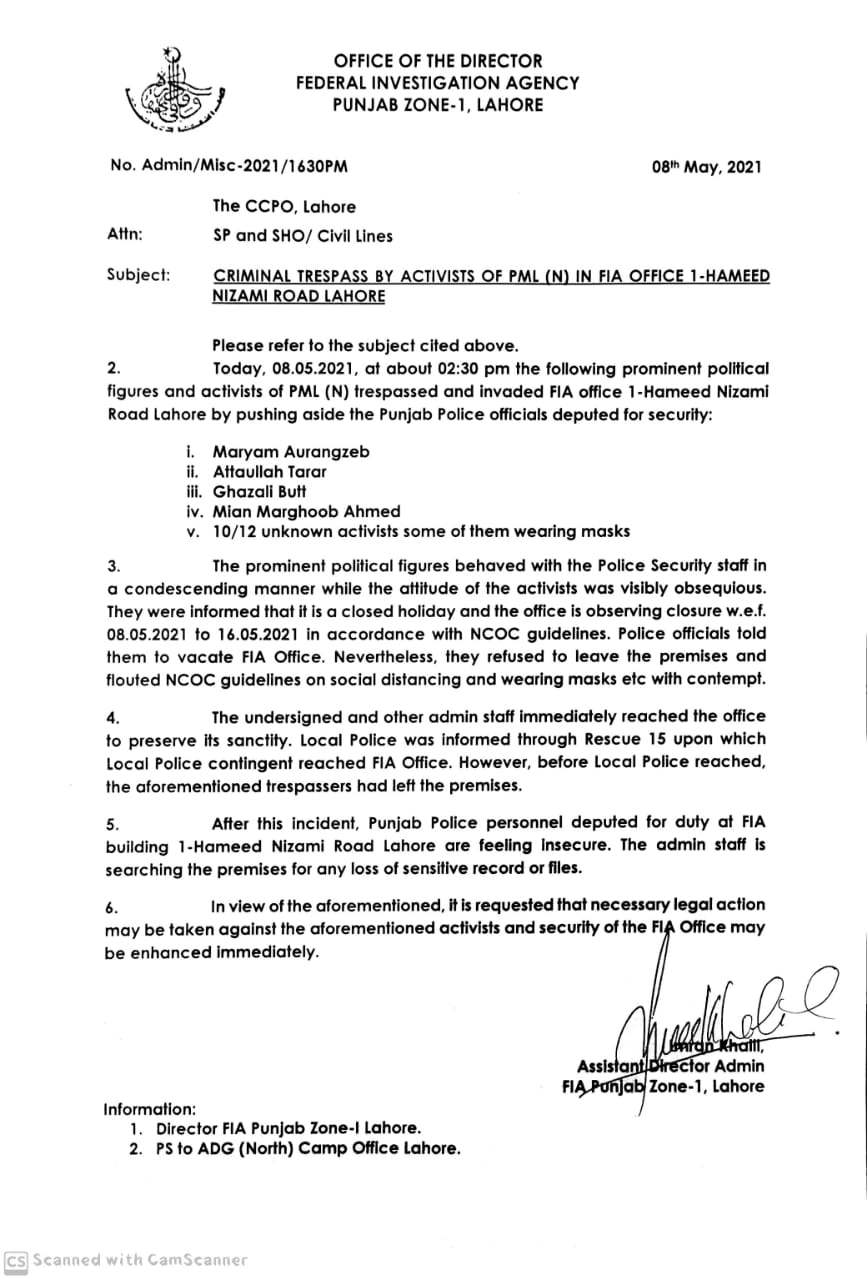 The FIA further alleged, “The prominent political figures behaved with police security staff in condescending manner while the attitude of the activists was obsequious. They were informed that it is a closed holiday and office is observing close holiday  w.e.f from 08-05-2021 to 16-05-2021 in accordance with NCOC guidelines. Police officials asked them to vacate FIA office. Nevertheless, they flouted NCOC guidelines on social distancing and wearing masks etc with contempt.”

“Local police was informed through Rescue 15. Upon which, local police contingent reached FIA office. However, before local police reached , the aforementioned trespassers left the premises.

“After this incident, Punjab police personnel deputed for security of FIA building are feeling insecure. The admin staff is searching the premises for any sensitive record or files”.

“In view of the aforementioned, it is requested that necessary legal action may be taken against the aforementioned activists and security of the FIA office may be enhanced immediately,” the complaint concluded.