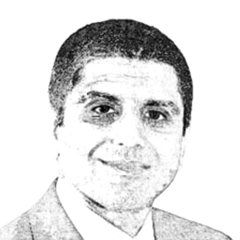 Occasionalism deals with the concept of causation. Simply put, the relationship between a cause and its effect. It determines the dependency of cause and effect on each other. If my hand moves a chair, is it the strength of my hand causing the movement? Is the firing of the neurons stimulating the muscle activity or is the thought process behind it? Or is it the molecules and atoms rearranging themselves to make this possible?

Occasionalism has far reaching implications in the philosophical and theological world. From Aristotle to Imam Ghazali, Gottfried Leibniz and Rene Descartes – this topic has perplexed the greatest minds. Although they are not subjects of this article- free will, determinism and morality are interconnected with occasionalism. This has been discussed in our article (https://dailytimes.com.pk/613922/free-will-and-determinism-a-philosophical-and-religious-perspective/).

Modern science and Quantum mechanics delve into the issue of causality from a scientific perspective. For a cause to directly create an effect by mere mechanical means, is too simple an explanation. Our article will explore some of the philosophy and the science behind occasionalism.

Abu¨ Hamid Muhammad Ghazali (1058 -1111) is regarded as one of the most influential theologians, philosophers and polymath of his times. Over 400 books are attributed to his name – his books such as Tahafatul Filasifah – “Incoherence of the philosophers” and Al Ayha Ulmuldin- “the Revival of religious sciences” are only two of the dozens of masterpieces that are still studied and quoted in the world of eastern and western philosophy. Great Muslim philosophers preceding Ghazali debated the Aristotelian and neo-platonic concept of origin of the universe and the role of God. Philosophical giants like Abu Nasr Al Farabi (872 AD -950 AD) and Abu Ali Ibn Sina (980-1037) discussed the essence and attributes of God. Al Farabi’s emanation theory and Ibn Sina’s contingency hypothesis confirmed God as the prime mover, the original source of all being. However, the role of God in the day-to-day events of this world is disputed by these philosophers. Their dictums dictated that God is too exalted to deal in the particulars of this world. God, according to them, could not bother himself with the trivial and mundane day to day affairs of the universe. According to the philosophers objects effect causality by their internal physical nature and attributes.

In his book the “Incoherence of the philosophers” part 2 chapter 17, “refutation of their belief in the impossibility of a departure from the natural course of events” Ghazali criticises this logic. He accused the philosophers of the “begging the question” fallacy. How could the philosophers know that God does not contribute to the particulars of the universe and life on earth? He approached the issue of causality with the opening premise of the role of God in all and everyday events. According to Ghazali, God plays a central role in daily occurrences, things exist and exert effect because of God’s continuous creation. For Ghazali, a ball of lead that is seen testing on a table for a period of time only appears to persist in that behaviour. In fact, it is continuously created every moment by God.

Since atomism makes everything in the universe fragmented — philosophers had to resort to an exclusive cause (God) to explain its existence. Thus, the universe had a first moment of creation, then continuous re-creations. In this way, the universe’s existence is like the flickering of a light

His argument states that a presumed cause and a presumed effect are in fact two separate and unconnected events. To explain this point further, Ghazali provides examples of assumed cause-effect pairs, such as “the quenching of thirst and drinking, satiety and eating,” as well as “burning and contact with fire” and “death and decapitation,” any of which, according to his premise, are in fact separable and unnecessary for one another to exist. Ghazali clearly states the agency of God as the ultimate cause of everything, including the perceived cause and effect relationship. Ghazali held that everything that God created (matter, time, space and motion) consisted of two basic elements, namely atoms and energy. Atoms were accepted as indivisible. As a result of atomizing matter, space, time and motion Ashari philosophers like Ghazali saw the universe as consisting of separate and independent entities. Things in the world do not have any permanent nature. Fire, for example, does not have an inherent permanent power or quality of burning. When a substance like cotton touches fire, it is only God who creates burning in the cotton, not fire.

This was the basis of the Ashari deterministic philosophy which states that atomism makes everything in the universe discontinuous and fragmented, including space-time, substance and movement. Accordingly, the universe had a first moment of creation, then continuous re-creations at every subsequent moment in time. In this way, the universe’s existence is like the blinking of a light—it exists successively for the duration of only a moment.

European enlightenment thinkers such as Rene Descartes (1596-1650) and David Hume (1711-1776) have also addressed the issue of occasionalism. David Hume does not bring God into his theory of causation. But for Hume, as for the occasionalist, no natural cause is a true cause since no such cause produces, or brings into existence, its effect. To say that A causes B is just to say that:

(i) A temporally precedes B

(ii) A and B are spatiotemporally contiguous

Hume operates with a principle of significance according to which the validation of any idea requires tracing it back to sensory impressions.

Rene Descartes’ dualistic theory separates mind from the body with no casualty between the two. A person’s mind cannot be the true cause of his hand’s moving, nor can a physical wound be the true cause of mental anguish. In other words, the mental cannot cause the physical and vice versa. Also, occasionalists generally hold that the physical cannot cause the physical either, for no necessary connection can be perceived between physical causes and effects. The will of God is taken to be necessary.

Quantum Mechanics is not the topic of our article. We will give a brief summary, with the sole purpose to establish a connection with the concept of occasionalism.

The 20th century saw a big leap in advancements in physics. The traditional Newtonian physics

Suggested that events are continuous, which is to say they move in smooth, orderly and predicable patterns. Projectile motion is a good example of classical mechanics. Another would be the colours of the rainbow, where frequencies progress continuously from red through violet. Events, in other words, proceed incrementally up a ramp. Classical physics draws a distinction between particles and waves. It also relies on continuity to determine causality in natural phenomenon.

In the early 20th century, newly discovered atomic and subatomic phenomena seemed to defy those conceptions. In 1925–1926, quantum mechanics was invented as a mathematical concept that appears to reject those classical conceptions. Instead, it posits that probability and discontinuity are fundamental in the physical world.

This state of existing in all possible states at once is called an object’s coherent superposition. The total of all possible states in which an object can exist, for example, in a wave or particle form. When we observe an object, the superposition collapses and the object is forced into one of the states of its wave function. According to the Copenhagen Interpretation an object doesn’t have an existence independent of the observer’s interaction with it. The Copenhagen theory questions the presence of inherent qualities in an object- for example the wave function of an electron is the result of its interaction with an observer and not an inherent property. It is also not possible to predict the behaviour of an object at any given moment but only to predict the probability- the Heisenberg uncertainty principle. Furthermore concepts such as Quantum tunnelling, which explains the movement of particles with a finite probability of crossing an energy barrier even though the particle’s energy is less than the energy barrier. Quantum tunnelling defies conventional logical causality.

If we adopt the idea that space-time consists of tiny building blocks (Quanta), in line with the quantum mechanical theory, such as discrete-time and discrete space, then our understanding of the universe also needs to be changed dramatically. This would be in line with philosophies such as continuous recreation of the occasionalist philosophers.

If theories such as loop quantum gravity are true then, not only the shortest length (Planck scale), but also the shortest time is possible. In kalam atomism, a discrete scale of space, time and substance is determined in relation to each other. This is similar to interrelated determination of Planck constant, Planck energy, Planck distance and Planck time.

Similarities between Occasionalism and Quantum mechanics:

We have tried to make a case that certain similarities do exist between occasionalism and Quantum mechanics. The interaction of the wave pattern of an electron depends on its interaction with the observer at any given time- it has no inherent properties of its own. According to Ghazali this is determined by Allah.

The Copenhagen Interpretation clearly questions the existence of causal links between events. At a subatomic level causality does not exist as the subatomic particles do not obeys the rules of cause and effect. The potential of action of subatomic particles depends on their interaction and is not a part of their attributes.

Since atomism makes everything in the universe discontinuous and fragmented, including space-time, substance and movement, the philosophers had to resort to an immediate and exclusive cause (i.e., God) to explain the existence of the universe. Accordingly, the universe had a first moment of creation, then continuous re-creations at every subsequent moment in time. In this way, the universe’s existence is like the blinking of a light—it exists successively for the duration of only a moment. Casual Interaction does not exist at the subatomic level.

Al-Ghazali’s views on cause and effect are quite similar to quantum physics’ approach to movement. Quantum physics’, understanding of movement makes it easier to understand why Islamic theologians called movement as a coming into existence from nothing (al-kawn). Both Ghazali and the Quantum theory denies the independent existence of objects stating that objects are created anew and in relation to its position with the observer. For some this comparison may be a farfetched idea, however for the Muslim philosophers metaphysics is as close as it gets to science in their days. Peering into history from the lens of metaphysics will help establish this link for the reader.