* Duff will both produce and play Sophie, the new Ted Mosby 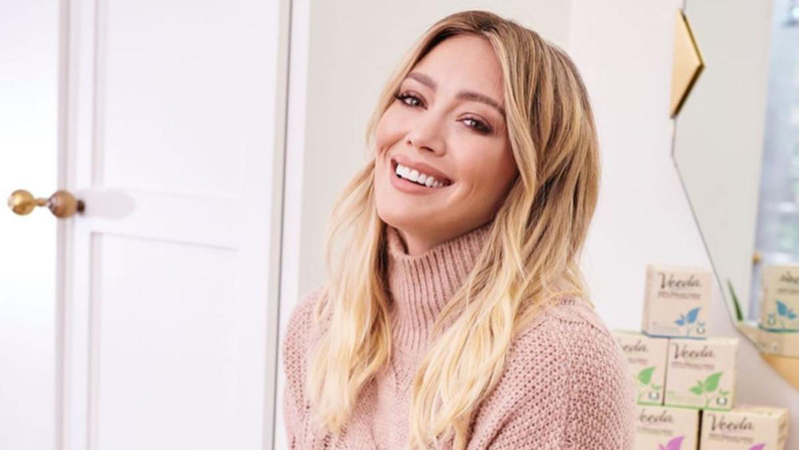 Well, it’s no Lizzie McGuire revival, but it’s something! Hilary Duff is set to star in a sequel to How I Met Your Mother, but this time it’s called How I Met Your Father, and it comes from a couple of very familiar teams: Isaac Aptaker and Elizabeth Berger of This Is Us and Love, Victor, and original HIMYM creators Carter Bays and Craig Thomas.

The show already has a straight-to-series order for 10 episodes at Hulu.

Duff will both produce and play Sophie, the new Ted Mosby. Here’s the description from Hulu: “In the near future, Sophie is telling her son the story of how she met his father: a story that catapults us back to the year 2021 where Sophie and her close-knit group of friends are in the midst of figuring out who they are, what they want out of life, and how to fall in love in the age of dating apps and limitless options.”

This is Duff’s first TV project after wrapping Younger and after announcing the death of the Lizzie McGuire revival, and it’s clear she’s excited. She posted a video about the news on Instagram, telling her fans to “suit up,” and released a statement along with the news.

This is Duff’s first TV project after wrapping ‘Younger’ and after announcing the death of the ‘Lizzie McGuire’ revival and it’s clear she’s excited. She posted a video about the news on Instagram, telling her fans to ‘suit up,’ and released a statement along with the news

“I’ve been incredibly lucky in my career to play some wonderful characters and I’m looking forward to taking on the role of Sophie,” she said. “As a huge fan of How I Met Your Mother, I’m honoured and even a little nervous that Carter and Craig would trust me with the sequel of their baby. Isaac and Elizabeth are brilliant, and I can’t wait to work alongside them and all of their genius. Just fangirling over here getting to join the Hulu Originals and 20th families. I realize these are big shoes to fill and I’m excited to slip my 6 ½’s in there!” Carter and Bays also thanked fans for waiting so long for a new HIMY story.

“Kids, I’m going to tell you an incredible story: It’s the story of how two writers got lucky enough to make their dream TV show for nine seasons and now get to pass the torch to an inspired new creative team with their own incredible story to tell, the story of How I Met Your Father,” they said. “We are honoured by their passion and vision, and look forward to helping them tell a legendary new story.”

New executive producers Aptaker and Berger expressed their excitement over the new project.

“We are beyond excited to be bringing How I Met Your Father to Hulu,” they said. “Carter and Craig’s iconic original series revolutionized the half-hour comedy, and we are so honoured to be carrying the torch forward for the next generation-and with Hilary Duff no less! We can’t wait for audiences to meet Sophie and her crew, and watch them come into their own and find love in modern-day New York City. And we hope nobody thinks it’s weird that Bob Saget will be playing old Hilary Duff’s voice.”

This is not the first attempt at a gender-flipped sequel. At one point, there was a show called How I Met Your Dad and it starred Greta Gerwig, with Meg Ryan narrating from the future. That show was supposed to air during the 2014-2015 season, but CBS never ordered it, and Gerwig went on to become a prolific film director. Aptaker and Berger also tried to do a spinoff in 2016, but then This Is Us became the biggest show on broadcast TV and that project got put on hold. Apparently, now is finally the time. The original series ran for nine seasons and starred Josh Radnor as Ted, Cobie Smulders as Robin, Jason Segel as Marshall, Alyson Hannigan as Lily and Neil Patrick Harris as Barney Stinson.

Let’s just hope that this time around, things go a little better for whoever fathered Sophie’s son. Some of us have never forgotten how we met a delightful woman played by Cristin Milioti, then immediately watched her die so that Ted could reunite with the alleged real love of his life, Robin…But we’re not still bitter about it, or anything like that.