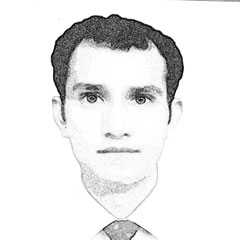 During 2019-20, according to the Bureau of Statistics, a total of 9701 traffic accidents happened on 320,000 kilometers of High Type and Low Type roads of Pakistan. These unwanted road crashes transported 5436 lives to the valley of death and left 12317 injured. As per data of the Punjab Emergency Service, the number of Road Traffic Crashes (RTCs) is experiencing downtrends from the previous years, which is a clear proof of the good performance of the government officials and licensed drivers in the country.

An underinflated tyre causes a wheel to turn slightly faster than the others. The chauffeurs, unknowingly, seem to change the lane misguiding the vehicles behind. The result is always a massacre. Nearly, hundred percent of the tyre bursts occur due to under-inflation. The treads stop performing their induced function by allowing the force of friction to dominate. This is how the speedily moving vehicles suffer from tyre failure which mostly ends in the failure of life.

With twelve thousand newly registered cars every month, the management of traffic density is becoming challenging. The records of the Ministry of Communication indicate fifteen new highway projects are under construction across Pakistan. Surely, we are doing the infrastructural development at an acceptable pace. It is the responsibility of the drivers of passenger vehicles and heavy trailers to get maximum safety out of country’s huge road network. We need to employ technology to detect underinflated tyres from distance.

An under inflated tyre causes the wheel to turn slightly faster than normal. Drivers, unknowingly, then become quick to change lanes, misguiding the vehicles behind. The result is often deadly

With underinflated vehicle tyres, we not only cause fatal traffic accidents, but also we face increased fuel consumption by three to four percent and an early replacement of the wheels and complimentary parts. Does not it seem to be a crime? It definitely does! At one place, we put others into danger. On the other hand, we burn fuel resources unnecessarily.

Firstly, this happens when the vehicle users do not take care of the life of tyres which is simply obvious from the code embossed on the outer side of tyre wall. Firstly introduced in 1971, the DOT Code is a four-digit number engraved on the sidewall of each vehicle tyre to determine its useful life. A number 1920 means the tyre was manufactured during the 19th week of the year 2020. It is recommended to use a vehicle tyre for not more than five years or before reaching a fifty-thousand mileage. Overused tyres go underinflated earlier.

Secondly, the ignorance on the part of road users regarding the level of air pressure in the tyres imparts roadside fatalities and injuries. I would request you to use the air pressure gauge frequently while leaving for your terminus. It could lead you to drive confidently.

Are there any devices available in Pakistan to detect tyre inflation from distance? The relevant ministry could initiate the induction of digitally operated Tyre Inflation Monitoring System (TIMS) which facilitates identification of underinflated tyres from distance. The government could start mounting a sensor-based control unit to the wheels to be able to detect the air pressure at least from meters away. All this necessitates a slight deformation in the vehicle tyres. The receptive sensors could be installed at various points on highways, motorways, trade routes and intercity road networks.

The fear of being fined could help the people learn about the gravity of underinflated tyres. Later on, the e-challans could be served to the owners of the vehicles found with low air pressure in tyres. We must develop the habit of reading and understanding full vehicle manual and tyre placard at least once. Checking the tyre pressure weekly in general and before leaving for long drives in particular could add to the road safety at large. Underage drivers usually are ignorant of the importance of the subject. They deserve to be educated.

None of us has witnessed any air filling machines located equidistantly on the motorways and highways. Nothing could be done if someone is going through a driving experience with low air pressure in vehicle tyres. I could not just understand why the ministry of roads and transportation does not take an unconditional initiative to improve technological side when it comes to safety of the public on the roads. Saving a single life means saving the whole humanity.

The writer is a socio-economic analyst and can be reached at waheedmba@yahoo.com