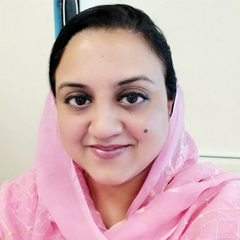 After a 19-hour visit to New Delhi for meetings with high officials,The Foreign Minister of the Russian Federation, Mr. Sergey Lavrov was in Islamabad for a two-day official visit, the first high-level visit from Moscow since 2015. The visit was dubbed a “new chapter” in Pak-Russia relations that reflects Russia’s inclination towards Pakistan, especially after the recent Afghan Peace meeting hosted by Moscow to neutralise India’s growing tilt towards the US in various counter-China and counter-Russia initiatives.

The Russian Foreign Minister was received from airport by his counterpart, Shah Mahmood Qureshi. Afterconducting delegation-level talks with the Foreign Minister of Pakistan,he metPrime Minister Imran Khan and Chief of the Army Staff, General Qamar Javed Bajwa. During these meetings,issues relating economy, strategicand military cooperation as well as regional dossiers were discussed. Sergey Lavrov was accompanied by the Russian Presidential Envoy to Afghanistan, Zamir Kabulov. In the joint press conference, the Russian Foreign Minister expressedhis resolve for collaboration with Pakistan in defence, security and energy.

He also highlighted Russia’saspiration to offer Pakistan special military equipment and help in its counter-terrorism efforts. The growing bilateral relationship between both the countries in diplomatic, political, economic and military spheres are very crucial in the rapidly changing political, strategic and power dynamics of the region. Both countries also share a commonality of approach towards the regional and global issues including Afghanistan that is an area of mutual concern for both because of its deteriorating security situation. North-South Gas Pipeline and helping Pakistan Steel Mill to eradicate its financial crisis were also the key points of the discussions during this visit. Futhermore, Russia is also supplying Sputnik V vaccine to Pakistan in its fight against COVID-19.

In terms of strategic cooperation, Russia will support Pakistan in acquiring new military equipment to strengthen Pakistan further to fight terrorism. The Russian Foreign Minister also announced to have joint military and maritime exercises with Pakistan

On March 18, 2021, Russia hosted a one-day regional peace conference, the “expanded troika”, in Moscow, inviting Pakistan, the US and China to facilitate dialogue between the Ghani-led Afghan government and theTaliban.This was a rare meeting where all the countries were on the same page regarding the Afghanistan issue. Russiais playing its role in facilitating the opposing parties in Afghanistan to come to an agreement, especially to end the civil war in Afghanistan through an inclusive dialogue. Pakistan and Russia anticipate another such meeting forestablishing lasting peace in Afghanistan.One more Afghan-specific meeting is scheduled with Turkey relatingAfghan peace process on April 24 which Taliban have refused to attend. On the other hand,the US has finally announced withdrawal of its forces by September 11, nearly twenty years after its invasion. All the countries in the region are keen to play an active role in the peace process in Afghanistan after the withdrawal of the US troops.

Russia also hosted several meetings of the extended “troika” related to Afghanistan. One of these meetings was held on March 18, 2021. In this meeting representatives from Russia, China, US and Pakistan along with representatives from High Council for National Reconciliation, important Afghan political figures and Taliban representatives were present. Turkey and Qatar were guests of honour during these talks. Both Pakistan and Russia support Afghan-led and Afghan-owned peace process for regional peace and stability.

During the visit of the Russian Foreign Minister, there was a desire to finalise the North-South Gas pipeline that has been renamed by both sides last year in November as “Pakistan Stream Gas Pipeline Project.” The project is estimated to cost around 2 billion USD with an annual capacity to transport 12.4 billion cubic feet of gas from Karachi to the north of the country.This is one of the biggest collaborations between Pakistan and Russia since the former Soviet Union helped build the iconic Pakistan Steel Mills Industrial Complex at Port Qasim in 1973.Apart from renaming the pipeline, there was agreement about the distribution of shares that Russia will get 26 percent of the shares from this project. Islamabad will look after the interests of Pakistan, while Moscow will handle the logistics and financial affairs. In order to meet the growing energy demands, the government of Pakistan in 2015 signed an agreement with Russia to construct this 800 km long pipeline passing through Sindh, Punjab and then taking the eastward route. The initial point of this gas pipeline is closer to Nawabshah in Sindh ending at Nankana Sahib in Punjab. It is expected that the pipeline will be operational by July this year. This important project will help Pakistan to fulfill its energy needs in a better manner and will providea big market to the Russian companies.

In the rapidly changing international and regional security milieu, Pakistan is adjusting and exploring new avenues for new alliances and relationships to secure its regional and global interests. The new phase in relations between Pakistan and Russia is a good omen in this regard.

The writer is President, Institute of Peace and Diplomatic Studies