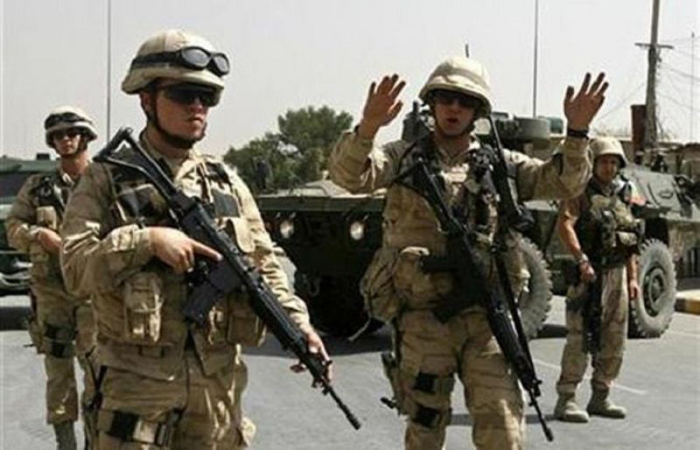 Pakistan on Thursday said it supports the principle of responsible US troops withdrawal from Afghanistan in coordination with Afghan stakeholders.

Responding to media queries on US President Joe Biden’s announcement of US troops’ withdrawal from Afghanistan by September 11, 2021, the Foreign Office spokesperson said the withdrawal should coincide with progress in the peace process. He said Pakistan has been consistently supporting and facilitating the efforts for durable peace and stability in Afghanistan. “We believe there is no military solution to the conflict in Afghanistan and a negotiated political solution through an Afghan-led and Afghan-owned process is important for lasting peace and stability in Afghanistan,” he reiterated.

The spokesperson said the US-Taliban agreement of February 29, 2020 laid foundation for a comprehensive intra-Afghan peace agreement, including a permanent ceasefire for bringing an end to violence in Afghanistan. He hoped that the forthcoming meeting of Afghan leadership in Turkey would be an important opportunity for Afghans to make progress towards a negotiated political settlement. “In this regard, we support the principle of responsible troop withdrawal in coordination with Afghan stakeholders. We also hope the US will continue to urge the Afghan leaders to seize this historic opportunity for achieving a political settlement in Afghanistan,” he remarked.

He said Pakistan has consistently reiterated that peace and stability in Afghanistan is in its interest. “Pakistan reaffirmed its abiding commitment for a peaceful, stable, united, democratic, sovereign and prosperous Afghanistan,” he added.

The spokesperson viewed that a meaningful engagement of the international community for promoting reconstruction and economic development in the post-conflict Afghanistan is important for ensuring sustainable peace and stability.

Meanwhile, Taliban on Thursday said the US President Joe Biden’s announcement to stay in Afghanistan after the May 1 deadline for withdrawal of all foreign forces is a ‘clear violation’ of the Doha Agreement and non-compliance with its commitments. They said the Doha Agreement was signed in the presence of United Nations and representatives of numerous world countries and organizations, and is currently being breached by US so it is imperative that all countries and organizations that were witnesses to the signing of this agreement exert pressure on America to implement its commitments and withdraw all forces from Afghanistan by the specified date.

US Secretary of State Anthony Blinken met President Ashraf Ghani in Kabul during his previously unannounced visit and took him into confidence on the US withdrawal plan, officials in Kabul said. They said Blinken reiterated support to Afghan forces after the withdrawal of foreign forces.

US President Joe Biden warned the Taliban he would hold them accountable on Afghanistan after the US exit and pressed nations, including Pakistan, to play supportive roles. “We will hold the Taliban accountable for its commitment not to allow any terrorists to threaten the US or its allies from Afghan soil. The Afghan government has made that commitment to us as well,” Biden said in a speech announcing the complete pullout of US troops before Sept 11. “We will ask other countries in the region to support Afghanistan, especially Pakistan, as well as Russia, China, India and Turkey.” Notably not naming Iran, Biden said that the countries in the region “have a significant stake in the stable future” of Afghanistan.